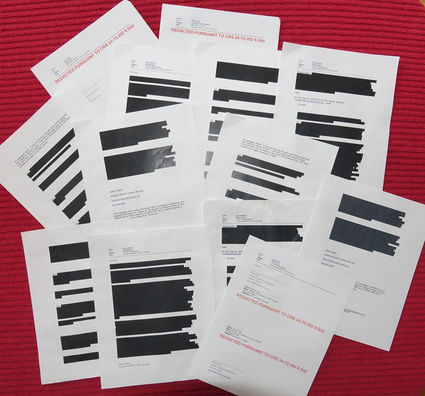 Courtesy Photo A photo of redacted emails and other documents from the Boulder County Commissioners that were released after CORA requests. A district judge recently heard a case brought against the county for violation of the open records and open meetings acts by only releasing documents this heavily redacted, among other things.

An open records and open meetings petition filed against Boulder County by Gunbarrel resident Kristin Bjornsen went before a judge for a hearing earlier this month, but the verdict is still out as the judge took it under advisement.