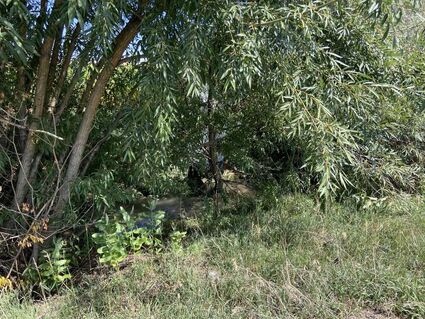 Wreckage of a Sonex Xenos airplane is barely visible from Niwot Road due to thick vegetation along an irrigation ditch.

A loud crash interrupted a quiet Saturday morning in Niwot when two airplanes collided in mid-air and fell to the ground, resulting in the deaths of the two pilots and one passenger. The victims were identified as 22-year-old Daniel Wilmoth, Samuel Fisher, 23, and 69-year-old Henry Butler. Two were found dead in one of the airplanes and one was found dead in the other.