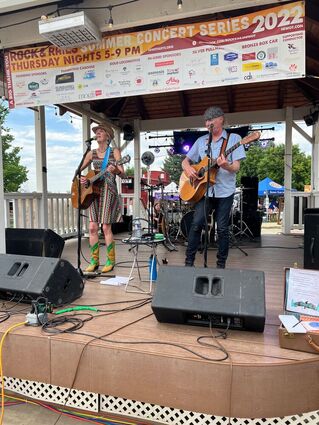 The Strangebyrds performed as the opening act at Rock & Rails June 23.

Last Thursday night at Rock & Rails Concert, the crowd was entertained during the opening by the gifted and talented pair known as the Strangebyrds. At 5 p.m. they started their set with a song titled "Angeline's" from their CD "Highway Islands."

The Strangebyrds, Cari Minor and Ray Smith, have been together for several years, both personally and professionally. Their harmonies and guitar p...