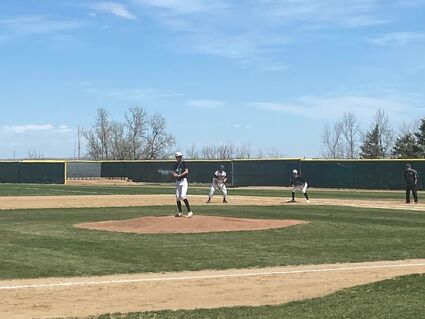 A seventh-inning come-from-behind victory over Thompson Valley May 5 sparked the Niwot Cougar baseball team to follow up with an 11-1 mercy-rule win over Adams City May 7.

In the Thursday game, two walks followed by two singles and a stolen base led to three quick runs for Thompson Valley. Senior starter Jack Brooker walked two more batters to load the bases with no outs, and a wild pitch led to a fourth run, but Brooker settled down to retire the next hitter on a ground ball to first baseman Julian Lettow, a junior, then struck out the next two hitters.

Niwot quickly overcame the 4-run first inning deficit with three runs in the bottom of the first inning when sophomore Jed Kilpatrick led off with a double, Brooker walked, and senior designated hitter Nick Yard tripled into the rightfield corner. Yard scored on a wild pitch to cut the TV lead to one run.

Brooker dominated the second inning, striking out the side on 11 pitches. In the bottom of the second, sophomore Sergio Pimental walked, advanced to second on a passed ball, stole third, and scored on Kilpatrick's single.

Things looked bleak for the home team when the Eagles scored three times in the top of the seventh inning on two hit batters and three singles, but Niwot came back to score four runs to take a hard-fought 9-8 victory.

The Cougar rally started with a walk to Brooker followed by a line drive by senior Spencer Olson that the Thompson Valley second baseman couldn't handle. Yard tied the score with a 3-run homerun to centerfield. Adler was hit by a pitch, stole second base and advanced to third on an error with one out. Lettow then drove in the game-winner with a sacrifice fly to leftfield that scored Adler.

Against Adams City, Rothstein started on the mound and went the distance in the 5-inning game to pick up the victory, striking out seven. Kilpatrick led off the bottom of the first inning with a single and scored on a triple by Yard. Yard then scored on an error, giving Niwot a 2-0 lead.

The Cougars picked up another run in the third inning when Kilpatrick led off with a single, stole second and third base, then scored on an error. In the fourth inning, Adler led off with a single, and freshman courtesy runner Jagger Kilpatrick stole second and advanced to third on an error. Lettow singled to drive in the run, advanced to second on a wild pitch, then scored when he stole third and the throw sailed into leftfield.

Two Cougar errors in the fifth led to a run for Adams City, but Rothstein struck out the last batter to end the inning. In the bottom of the fifth, consecutive doubles by Yard and Rothstein led to a run. Adler and Lettow singled, with courtesy runner Kilpatrick scoring again. 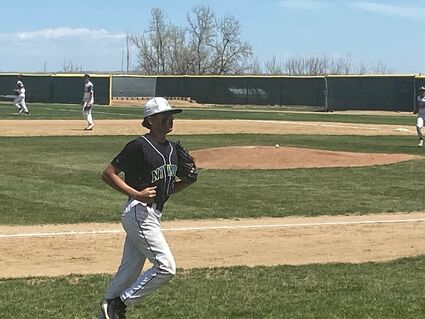 Freshman Hayden Shaw tripled to centerfield, driving in Lettow, and Pimental drove in Shaw with a single, putting Niwot up 10-1. Pimental then stole second and third base before senior Walt Van Riper ended the game with a single to right, scoring Pimental.

The two victories improved the Cougars' record to 5-14 with four games remaining.