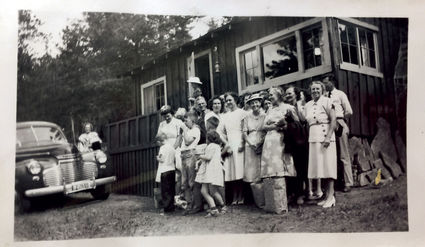 Those of us new to the area may not know about the Niwot Garden Club that began in 1938 and disbanded in the late 1980s. Pat Murphy of Niwot Realty was a member for about 10 years. “The garden club started with a group of women who were very knowledgeable and serious about gardening,” Murphy said. “Most members had specific roles and duties and the club was very organized. They were very committed. They built the original gazebo whose replica remains at Whistle Stop Park today.”

The founder of the club was Ruth Conklin. She offered her grounds to be the garden site and it remained there for about half a century. In addition, there remains a scrapbook that the club members put together, which is now housed at the Longmont Museum. One of the pages includes an article sent to the state where they tried to get an award for their expert gardening skills.

Over the years, as the originating members aged, the club served more as a social venue. Now there is talk about reinstating the vintage club. When asked, “Why the comeback?” Murphy said, “It was real positive. They did a lot of good for the community. There are a lot of people who know a lot about gardening and so I thought it was a good idea to start it up again. Maybe we can do some community projects around town. It’s whatever people want to do.”

The first meeting will be at Judy Seaborn’s beautiful garden home. This will be the time when new club members can assemble and discuss the goals and prospective projects. All interested parties are invited to meet June 22, at 10 a.m, 8008 Pebble Road in Niwot.