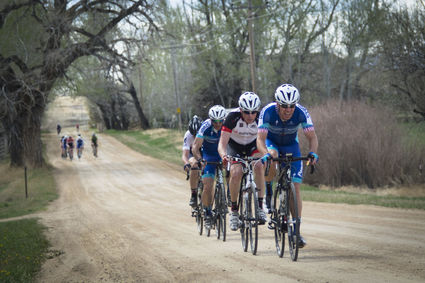 The course for the 2019 Boulder Roubaix is 43 percent paved and 57 percent unpaved and presents a challenge for unsuspecting riders caught off guard by the gentle start.

Organizers of the 2019 Boulder Roubaix are shifting into high gear as the biennial tribute to the famed French bike race gets set to return to the area on Saturday, April 6. Modeled after the world's oldest single-day cycling competition, the local event may not have the legendary cobblestone-paved stretches of its grueling Parisian namesake, but that doesn't mean riders won't be tested by the partially-paved 18.7-mile course that winds through the hills of northern Boulder County.

"It's a really challenging loop, and it's an amazingly beautiful area," head promoter Chris Grealish of DBC Events said of the route, which starts at 41st Street and Oxford Road, then runs north to Hygiene before circling back along Crane Hollow Road. "People who haven't been through there before are typically blown away. Unlike a lot of races, the rolling nature of the course and the dirt roads and the pot holes and the 'rough road' aspect creates a lot more stress on the participants, in terms of not being sure if the rider ahead of them is bringing them into some big hole. It just makes it a lot tougher, and you can never really relax. "

More than 1,000 riders and spectators are expected at this year's iteration of the Roubaix, which has been a mainstay of the county's spring racing calendar since 1990. This season's event features 32 racing categories, ranging from juniors to collegiate to masters. The top three finishers in most categories will receive a medal, while the winning professional racers will receive a cash prize, as well as a unique and highly prized sandstone trophy designed as an homage to the Paris Roubaix's famous 'setts'.

The Roubaix is open to competitors of all abilities, but Grealish said that the long running event tends to attract top-level competition.

"In the amateur racing community, the Boulder Roubaix is a one-day classic that you just wouldn't want to miss, if you're within a couple of hundred miles. You don't have to have an amateur racing license in order to participate, and we do have some first-timer categories, but certainly the bulk of the participants have amateur racing licenses, and they're experienced in the sport. Particularly because this race is every other year, folks tend not to take it for granted, and they'll make sure that they don't miss it."

Racing kicks off at 8:30 a.m. with the youth categories, and continues in waves throughout the day. There aren't many changes to the course in 2019, but there is a new configuration at the start/finish area that should improve the overall experience.

"We decided to take the start/finish off the roadway in order to to make it safer for everybody, and worked out an agreement with the Anderson family and Fresh Herb Company to utilize their property," Grealish said, describing residents and FHC proprietors Chet and Christine Anderson as "longtime supporters of the event."

"In utilizing this new area, we're going to have the opportunity to have an actual event venue, with the few food vendors and things that we have. We'll have plenty of space, and anybody that finishes will have ample area to hang out and enjoy the atmosphere. It's a beautiful setting right at 41st and Oxford Road."

The youngest competitors will complete a partial loop, while the professional racers will complete a circuit of three to four laps, and will spend up to three-and-a-half hours on the deceptively demanding course. Grealish said it's easy to be fooled by the downhill section at the beginning of the loop.

"I think it gives a lot of first-timers and less experienced folks a false sense of simpleness or ease. Where the race really starts, every single lap, is when you get over to Crane Hollow, and it becomes a dogfight to stay in the group."

Also competing are the CU Cycling Team and other members of the Rocky Mountain cycling conference, which added the Roubaix to its official calendar several years ago, making it "a collegiate race, as well as being a grass-roots event," according to Grealish. 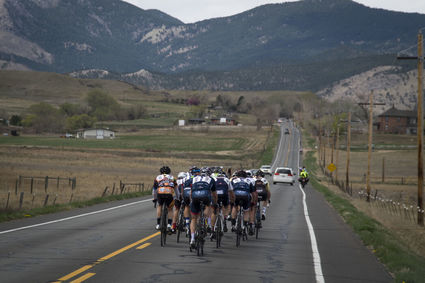 The Boulder Roubaix "one day classic" is returning to north Boulder County on Saturday, April 6.

The Boulder Roubaix debuted with a modest 8.6 mile course nearly 30 years ago, but as the event and its field of competitors grew, so did its course. It was an annual event until eight or nine years ago, when it moved to the every-other-year model out of consideration for the north Boulder County residents, who have been asked to endure an increasingly long list of races, rides and runs through their neighborhoods.

"We wanted to try to be mindful and respectful of the community around the area where we put the race on, and not wear out our welcome," Grealish said. "It's been tough to try and preserve it from a usability standpoint and not wanting the neighbors to get event fatigue."

The 2019 race follows a familiar route, and residents in the area should expect road closures on Nelson Road, St. Vrain Road, Hygiene Road, as well as others. To view a complete a course map, visit https://www.dbcevents.com/.

Online registration for the Boulder Roubaix closes on Tuesday, April 2. For more information or to reserve your spot, visit https://www.dbcevents.com/