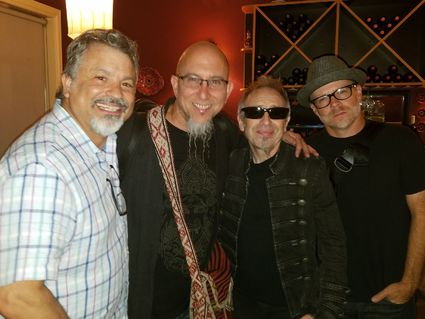 After 22 years of business, Howard Treppeda’s namesake restaurant sits empty. Preparing and serving food is what Treppeda’s career has been all about. It’s what he trained for when he took classes at the Cordon Bleu in Paris and at the Culinary Institute of America. It was what he did when he worked at a café in Amsterdam, eateries in Massachusetts and New York, and as the head chef of a restaurant in Connecticut.

Naturally, it was what he did after he transplanted from the East Coast to Colorado and worked at Lucille’s in Boulder. So opening a euro-style gourmet market and deli in Niwot in 1996 was the next step in his hospitality trajectory.

From its small beginnings, the enterprise evolved into a full-fledged restaurant and a jazz performance venue. It expanded into adjacent spaces over its tenure in the Slater Building at 300 2nd Avenue in Niwot. Treppeda said his business was the first to hold a lease in what was then a new structure. Initially built by a group of investors and known as the Slater Building, the structure is now owned by a limited liability company, which is 100 percent owned by Niwotians Bernadette and Gilbert Reed.

Treppeda said plans to close came about quickly. Employees, who saw their work schedules online and planned to come in for their shifts, received a message in the early morning hours from Treppeda’s wife, Kamala, that the business’s doors were closed.

Prior to our interview, the Treppedas sent an email that read in part, “Notifying our team about the closure was the most difficult (an understatement) task. Most team members have been gracious and any animosity is understandable.”

Stunned patrons have expressed sadness about the sudden loss of “an institution.” One woman expecting to meet a friend for lunch stopped when she saw the ‘for lease’ sign in the front window. “What happened?” she asked. “It’s been here forever. I’m so sad.”

“All walks of life have reached out to me,” Treppeda said of the reaction to the closure. Jazz enthusiasts, musicians, and loyal customers have been messaging and calling him.

Self-described “Treppeda regular” Beth Ryan said she and her husband John started going to Treppeda’s when they moved to the area in 2000. It’s the place Ryan would take visiting friends, where her book club would hold their events and where she would turn when she wanted catering for special events such as her daughter’s high school graduation.

“I was always so proud to have it in Niwot,” Ryan said. “It definitely leaves a big hole because there’s really nothing else quite like that. Our whole family is devastated. It was such a lovely place for lunch and dinner.”

The Reeds have chosen not to share information regarding their relationship with Treppeda or what led to the closure with the Courier. Howard Treppeda, however, does want to let the community know why the doors of the establishment are now closed.

The Treppedas wrote in their email, “Closing Treppeda’s was a difficult decision. With the end of our lease, we requested major repairs and renovations to the exterior and interior of the Slater Building from the landlord. Without these improvements, we could not compete in this very demanding industry. If we are unable to provide workplace flow, we cannot retain reliable, long term team members. We also have to provide the correct space that is comfortable for our guests. Twenty two years as a tenant and an active member of the community should qualify Treppeda’s Ristorante as an establishment worth investing in.”

“I didn’t leave mad, I just needed to reboot and restructure,” Treppeda said. “Food is personal to me and community is personal to me. They can really see how much work needed to be done now that I’m gone and if I just stayed in there it would have continued.”

Charging $17 to $36 per dinner entrée, Treppeda said he wanted to give patrons the high quality cuisine and experience they expected. He wanted to create slow-cooked, made-from-scratch food and to present it in an atmosphere that was first-rate, but the physical arrangement of the restaurant and its deteriorating condition didn’t allow him to execute on that.

Treppeda said he was extremely frustrated by the disrepair of the patio, the lack of exterior building maintenance and lighting, and a multitude of interior elements that were in need of repair or replacement. As time went on, how he felt about the space’s condition, along with his perception that the landlords simply didn’t care, led him to decide to call it a day and close the business.

Treppeda said he and the Reeds did not have any comprehensive conversations about what he saw as necessary upgrades and maintenance, because the communication between them was very stilted. Nearing the end of his most recent three-year lease, he was informed of a rent increase when the landlords left an envelope for him. Additionally, they wanted to rent the space on a month-to-month basis, which was not acceptable to Treppeda.

“I do have to say, it’s not all them. There are three sides to the story. I mean there’s my side, their side and then there’s the truth,” Treppeda said, admitting he’s not always an easy person to deal with when it comes to business.

Of the abrupt closing, Treppeda said, “I know I took them [the Reeds] by surprise. But I sent them a text to say I’m open to talk.” 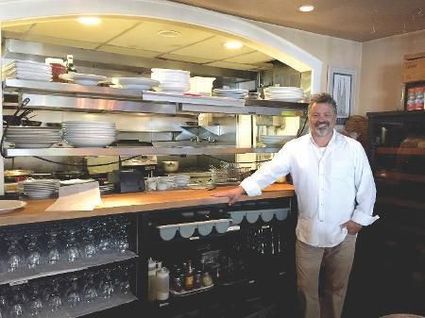 Howard Treppeda, owner of the now closed Treppeda’s Ristorante in Niwot, at the 20th Anniversary celebration of the restaurant in 2016.

He said what’s on the immediate horizon for him is to stay connected to Niwot by attending Niwot Business Association (NBA) and Local Improvement District (LID) meetings in order to stay focused on his involvement with Jazz on 2nd Ave, an event he founded eight years ago and is planning to continue to organize. He intends to proceed with his mission to bring jazz education to area schools through the Colorado Jazz Group, an organization partially funded by the annual summer jazz event. The NBA and LID are both supporters of the event.

And to answer the burning question… when asked if he could picture himself not having a restaurant, without hesitation Treppeda said, “No. It would take a lot to keep me out of it.”

Treppeda was resolute that opening again “is doable.” For him, what it boils down to is figuring out the best way to do it.

“I’m thinking about chapter two,” Treppeda said when asked what he’s doing day-to-day now that he’s not working. “Hospitality is in my blood.”