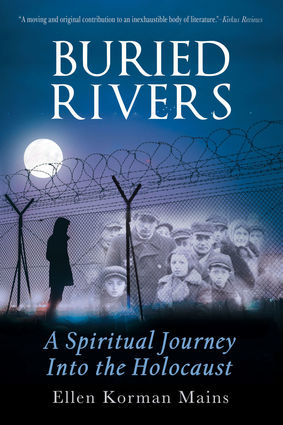 Gunbarrel-based author and teacher Ellen Korman Mains will be appearing at the Boulder Book Store (1107 Pearl St.) on Jan. 10 for a discussion of her moving memoir, Buried Rivers: A Spiritual Journey into the Holocaust.

Published in October, Buried Rivers recounts Mains' melancholy childhood in Montreal as the daughter of Polish Holocaust survivors, and her later attempts as an adult to reclaim her Jewish family's interrupted history. It is also the story of her spiritual quest as a practicing Buddhist to examine her family's suffering and confront generational trauma.

"For me, the book is a journey," she said. "There's an echo from the dead and the repercussions of unhealed shock and trauma. And it also reverberates on a very personal level for someone like me or like lots of people who are carrying some of that unhealed trauma and actually struggling with it."

At its heart, Buried Rivers is about Mains' attempts to regain two things lost to the degradations of the Holocaust-her family's connection to its homeland in Lodz, Poland, and her own sense that humanity still possesses basic goodness.

She addressed the former with a series of trips to the central Polish city starting more than a decade ago. Mains said she felt called to visit not long after the death of her maternal uncle, who was the last living connection to her family's pre-war past. Armed at first with only a brief history dictated by the dying man, she has since filled in many of the missing names on her family tree and has even met distant relations.

"Now I have a connection to a sense of who my grandparents were and almost a personal feeling about them, as well as a more generalized feeling about the culture and the feeling of family-ness, even if I don't know who they were," she said.

As a university student in the 1970s, she met Tibetan Buddhist master Chögyam Trungpa Rinpoche, a connection that would have a profound influence on her life's path and eventually brought her to the Boulder area. From the beginning, her Buddhist studies caused conflict with her parents, who felt she was betraying her Jewish roots, though the family wasn't particularly observant. The rift healed over the years, but the episode exposed an important truth for Mains.

"It's challenging, but very important and rich to be able to let go of one identity and see things from the point of view of a different group," she said. "That's our humanity."

Mains' experiences in Poland helped reaffirm her belief in basic goodness, but she fears that we are once again losing sight of that important truth. With political polarization and nationalism once again rising around the globe, she warns that "people being run by fear and aggression" could be creating a "fabric of complicity" for oppression or ethnic cleansing.

"If we think that our culture or our religion or even our football team is better, if we don't ever have curiosity and education and the opportunity to meet people who are different from ourselves, then there's a tendency to only feel safe surrounded by people who are like you, and I think that's a huge danger in the world," she said. "The tendency then to project that others are the cause of your problems or that they're going to take something from you is very easy because you don't identify with them.

"It's not about these individual monsters, like Hitler, that we tend to pathologize or demonize," she continued. "That's not how it happened. It happened because he was normalized...there was this blurring of the lines between victims and perpetrators."

Later this month, Mains is heading back to the place where the blurring of such lines nearly erased her entire family. On Jan. 27, she will be in Poland for the 74th anniversary of the liberation of Auschwitz by the Soviets. Then, in August, she will return to mark the 75th anniversary of the final liquidation of the Lodz Ghetto and the deportation of nearly 70,000 Polish Jews to concentration camps, including her mother and uncle.

Though she's not sure that humanity has fully absorbed the hard lessons taught by the Holocaust, Mains is guardedly optimistic about the future. Alongside signs of political self-destruction, she also sees signs of growing awareness and understanding. Ultimately, she believes that basic goodness and "personal authenticity" on an individual level are the keys to help competing groups find their universal commonalities. 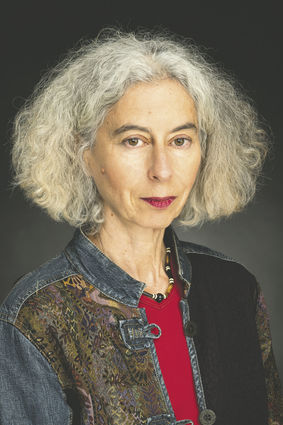 Gunbarrel author and teacher Ellen Korman Mains recently released a memoir about connecting with her mother's family in Lodz, Poland, 60 years after the Holocaust.

"This is what I think is at the heart of us," she said. "We have an aspiration and then we feel frustrated or limited because we're not as good or we're not as powerful or we can't do what we want to do. So there's a gap between the good intention and the reality, and there's some kind of longing or aching heart, and if we can open to that, there's something powerful and life-affirming and includes our humanity."

More Information: Buried Rivers, A Spiritual Journey into the Holocaust is available at Inkberry Books or at Amazon. To read excerpts or learn more about Mains' other work, visit her website at ellenkormanmains.com

On Sunday, Jan. 13, Mains will be leading the workshop Opening to Our Ancestral Karma: Embodying a Path to Healing at the Boulder Shambhala Center (1345 Spruce Street, Boulder)