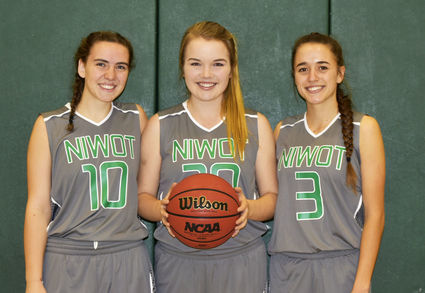 The 2018-19 season didn’t start off on the best foot, but Niwot head basketball coach Terri Ward saw a lot of potential in her untested team over the course of its 44-34 loss to neighboring Frederick on Nov. 28.

“I think a lot of it was first game jitters,” she said. “A lot of good things happened, but a lot bad’s going to happen at the same time. If it were February first I would be worried, but it’s not, so I’m good.”

Both teams were definitely in early season form, as turnovers and off-the-mark shots were the rule during the game’s opening half. Junior Nikki Sims put Niwot on the board with an early three-pointer, but the Cougars ended the first quarter with just five points. They found some spark in the second quarter, thanks in part to newcomer Brenda Luna, who drained a pair of threes for six of her nine points on the night. Nonetheless, Frederick held a 20-16 lead at the break.

Both teams were surer of foot and pass to start the third quarter, and junior Marlow Baines put the Cougars within two points on the opening play. She went on to lead Niwot in scoring, with 13 points, 11 of which came in the second half.

As the game wore on, though, the inexperienced Cougars could not keep up with the senior-laden Warriors. Though Niwot was able to limit senior guard Tori Dufour to just seven—she scored 19 against them in last year’s opener—that left the court open for their other offensive weapons.

“We really tried to make sure that they didn’t get a lot of wide, wide-open threes, which their guards really didn’t,” she said. “Chavez hurt us some, she had 13, but we haven’t learned quite yet how to close.”

Yet, defensively, Niwot turned in a solid performance, according to both Ward and senior Brynn Beaton, one of the few current players with the varsity last season.

“I think we came back and showed them what Niwot basketball really is,” the captain said. “Our goal this year is defense. We just want to play crazy, controlled defense.”

Scoring-wise, the Cougars are still finding their way, according to Ward, but the missed free throws and juggled passes that plagued them in the opener aren’t symptoms of a terminal condition. Overall, six Cougars puts points on the board, including Beaton and Sims with three  each, and senior Elise Crall and freshman Rachel Nobel with two apiece.

“I might be a little concerned about where our offense is going to come from, but we’ll see,” Ward said. “I never have to worry about them not playing hard. It's hard to coach hard but if you can keep them playing hard, then good things will eventually come.”

On Dec. 5, the Cougars head to Fort Lupton to face Valley (Gilchrest, CO) in the first of up to three games in the Santiago’s Shootout kickoff tournament. Tip-off is at 7 pm. Game two is on Friday, Dec. 7 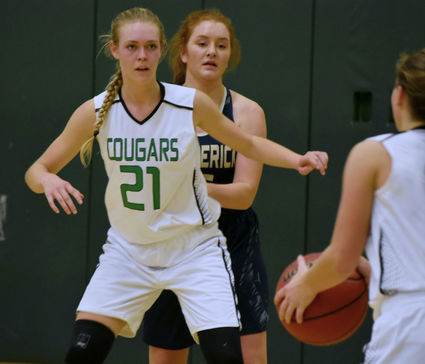