Health professionals treat themselves to a new phase in life 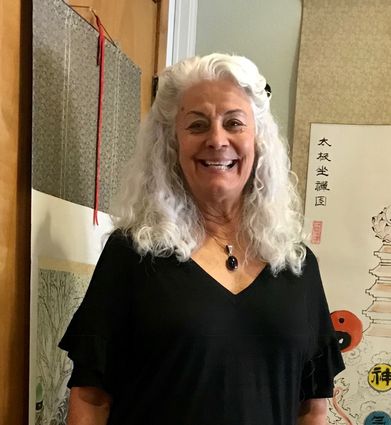 Two long-time Niwot health professionals are turning the page to new chapters in their lives.

Dr. Leigh Charley relocated her chiropractic practice, Triad Wellness Center, to Niwot 11 years ago. She closed her office at the end of July.

Dr. Felicia Santelli will be closing her natural health practice at the end of September. Her business, Santelli Healing Center, opened in Niwot 20 years ago.

Jamaica was home for Dr. Charley for 20 years and it’s where she raised her two children, Merrick and Andrea. When her daughter started college at Colorado State University, Charley moved to Boulder to be closer to her.

Chiropractic was Charley’s second career after two decades working in research labs. The University of Colorado Boulder lab she worked in lost its funding and Charley found herself asking, ‘what‘s next?’ As a happy chiropractic patient, “It just snuck up on me…I wanted to do what he was doing,” Charley said, referring to her doctor.

“I never looked back,” Charley said of her love of the subject.

Charley opened an office in Burlington, VT, but then moved her practice to be closer to her daughter, son-in-law (who was in the navy) and three grandchildren in Virginia. When her son-in-law was reassigned again, Charley decided all the moving was a bit much, so she came back to Colorado, and Niwot has remained her home base since 2007.

With a seemingly endless capacity to learn, over the years Charley has continually added to her practitioner’s tool belt. In addition to traditional chiropractic methods, she mastered gentle ways to help patients using the Koren Simplistic Technique and Occipital Drop Reflex Testing Technique.

“After a while, I was seeing that I wasn’t helping enough and I wondered, ‘what’s happening here?’” Charley said. “Well, I figured it out. When I started out, patients weren’t exposed to so many stressors. So I started taking classes on nutrition and then I saw an improvement and I said, ‘there’s more to it than just this,’ so I looked at the next stressor – emotions. I took seminars on that and it all got bumped even more. Then I went to homeopathic seminars and I was totally amazed. And I’m just starting to learn about essential oils now.”

Her patients sent her emails and cards saying they are going to miss her quite a bit. “That was worth everything,” she said. “I wanted to help people and the things I learned allowed me to facilitate that and remove interferences so their body could heal itself. I wanted to educate and empower.”

In retirement Charley plans to keep up her daily walk-jogs with her dog Ludo and to “get things sorted out.” By things, she means what she moved from her office to her home and the things in “every room in the house, every closet, drawer, the basement, the garage…and get it back to the way I like it.”

“I love the concept of making a positive difference in the world and there are many ways to do that,” Charley said. A self-proclaimed “volunteer junkie,” she can be found helping out the Boulder Symphony, Rock and Rails, Jazz on 2nd Ave, and at various Niwot Rotary events.

When asked what prompted her to retire, the doctor said, “Being 72 years young, I don’t think that’s too soon to retire. There were so many things I was missing out on because I didn’t have the time and energy to do them,” Charley said. “I want to visit my children more often, get back to working out on a regular basis, go to yoga, Tai Chi, or Qigong, and I want to volunteer at the Longmont Humane Society.”

Felicia Santelli has no expectations for what’s next in her life when she closes her business in September.

Originally from New York, she and her husband Tony Santelli moved to Paris for eight years, then back to New York for three years, then the family relocated to France and London for four more years, each time for Tony’s job with IBM. In 1998, IBM moved the Santellis to the Boulder area and they have been here ever since.

Felicia and Tony have been married for 55 years. They have three children – Michael, Anthony, and Felecia. and 13 grandchildren. Tony left IBM after 35 years of service and in 2005 he became the proprietor of the Niwot Tavern.

Saying that Felicia Santelli’s work is in holistic medicine doesn’t adequately summarize her expertise. She has a Ph.D. in oriental medicine and acupuncture, but she’s moved away from those focuses.

In the past several years, she has also integrated spiritual work into her practice, enabling her to guide individuals to a balance of body, mind, and spirit. With her array of options, Santelli is able to “meet the person where they are” and see what‘s needed at that particular time in their life.

“No matter who the practitioner is, we’re just catalysts really. I’ll set the stage and help you understand what’s going on so you can see what you’re holding on to and what’s causing each problem and guide you. But the healing has to take place within the individual person.”

“If you love people and love to help them, and know that you can have a positive influence on their life, this field is very satisfying and heartwarming,” Santelli said.

When asked why she’s making a change in her life, Santelli said, “I’ve been getting that little twinge or tickle for a couple of years. It was just a feeling that it’s time for change.” 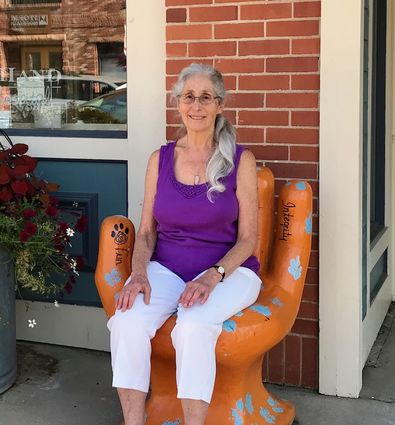 Her community involvement with the Niwot Business Association (presently as the membership chairperson), helping to raise funds for the Niwot Fire House Museum restoration project, and other community endeavors will still have a place in her life. Walking, Qigong, golfing, and meditation are pursuits she plans to continue.

“I’m not calling it retirement,” Santelli said. “It’s closing the door of one part of my life and opening another, and I’m waiting to see what it opens to. It’s a learning experience for me because I’m learning to let go and just stop taking control of everything. It’s part of my journey, I guess, to learn that. I’m waiting for the next inspiration.”