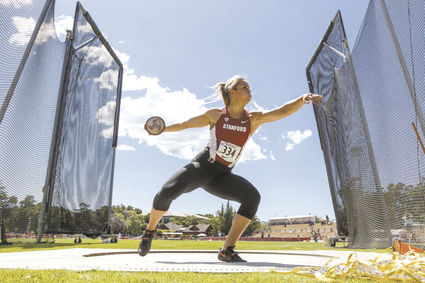 David Bote, son of former NHS Baseball Coach Bob Bote, earned his third promotion to the Chicago Cubs’ major league squad June 26 when Kris Bryant went on the disabled list. Bote has been back and forth between Iowa (AAA) and the Cubs this season after making his major league debut with the Cubs during an April trip to Colorado. At Iowa, Bote was hitting .268 with 12 homers and 38 RBI, both high marks on the team. He has played second base, third base, shortstop and outfield in the minors this season. Bote drove in what proved to be the winning run in an 11-10 win over the Minnesota Twins July 1 with a sacrifice fly.

Sean Ratliff (Niwot) made his professional baseball managerial debut June 19 with the New York Mets organization, taking the field as the Kingsport (TN) K-Mets’ manager in the Appalachian League, an advanced rookie league squad consisting of recently drafted high school and collegiate players. Kingsport is 6-1 after the first week of games. Ratliff spent three seasons as a hitting coach in the Mets’ minor league system before being named manager in February. He was drafted by the Mets after his junior year at Stanford and played three full seasons before an eye injury in spring training in 2011 forced his retirement as a player after a brief comeback attempt in 2012.

Skye Messinger (Niwot) finished his freshman season at Kansas with a .216 batting average, 12 runs scored, one homerun and 12 RBI. Messinger spent most of his playing time at third base, but also saw action at shortstop for the Jayhawks. He started 30 games out of the 48 games he saw action in. Messinger is on his way to Taiwan with the KU baseball team, which was selected to represent the U.S. in the Sixth World University Baseball Championships. The tournament is sponsored by the International Sports Federation and is scheduled for July 6-15 in Chiayi, Taiwan.

Pate Katechis (Niwot) finished his senior year at the University of Nebraska-Kearney with a .262 batting average, eight homeruns and 22 RBI. Katechis primarily played outfield, but also pitched two games, earning a victory over Fort Hays State April 25 with two innings of work in an 11-8 victory. The game marked his last appearance for UNK as he played in 32 of 52 contests, starting 26 primarily as an outfielder.

Ford Ladd (Niwot) finished the season for New York University with a 5-3 record on the mound, posting a 3.55 ERA. Ladd struck out 47 and walked 23 in 58.1 innings. He also hit .286 in limited action at the plate for NYU, which finished the season with a 28-12 record. His 10 starts were second-highest on the team. Ladd is working as an intern this summer for the Brooklyn Cyclones, a minor-league team in the Mets’ organization.

Hunter Stevens (Niwot) hit .235 for Otero JC this spring. Stevens, an outfielder, played 15 games for Otero, scoring eight runs. He posted a .316 On Base Percentage for Otero, which went 22-32 on the season.

Valarie Allman (Silver Creek) won the U.S. Outdoor Track and Field Championships in Des Moines June 21 in the discus with a throw of 208 feet-6 inches, setting a new school record for Stanford in the process. Allman is a grad student at Stanford and just completed her collegiate career as a fifth-year senior this season, where she finished third in the NCAA Championships two weeks earlier. She has placed in the U.S. Championships every year, beginning in 2013 as a high school senior, when she finished 13th. Since then, she has moved up to 12th, 10th, sixth, and third before winning the title this year. Allman’s winning throw was eight feet longer than the runner-up, and broke the oldest Stanford track record on the books, a 207 feet-8 inch throw by former two-time Olympian Carol Cady in 1983. Allman actually had a longer throw last year at 212 feet-3 inches, but that was during her redshirt year when she competed as an unaffiliated athlete. She ranks seventh on the all-time collegiate list.

Elise Cranny (Niwot) received her third Academic All-America honor at Stanford June 21 when she was named to the Google Cloud Academic All-American Division Women’s Cross Country/Track & Field first team. Cranny was named to the third team in 2016 and to the second team in 2017. She is the only Stanford athlete to earn the honors three times, and the first Cardinal to be named to the first team since 2012. During her collegiate career she has earned 11 All-America awards, and carried a 3.87 GPA while majoring in human biology. Cranny was awarded a post-graduate scholarship by the NCAA. During her career at Stanford, Cranny set school records in the outdoor 1500M (4:09.09) and the indoor mile (4:31.29), and is also part of the school-record indoor distance medley relay team (10:52.02). During her senior year, she won the Pac-12 outdoor 5000M title as well as the MPSF indoor mile championship. The finished third in the NCAA outdoor 1500M and fifth in the NCAA indoor mile. Cranny was also part of Stanford’s cross-country team which finished fourth at the NCAA Championships.

Brooklynn Delozier (Niwot) finished the season with a .245 batting average for New Mexico Highlands, scoring 19 runs, with three homeruns and 15 RBI. Delozier was third on the team in runs scored, and started 42 of the 43 games she played. The team finished with a record of 9-39. The sophomore played primarily leftfield this season. 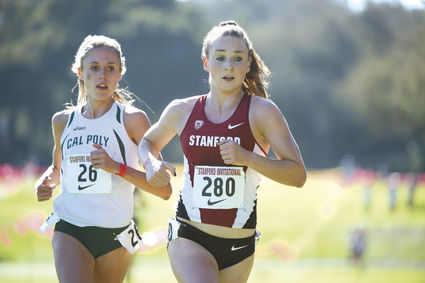 Bailey Kleespies (Niwot) batted .349 for Colorado Mesa this season as the starting third-baseman for the Mavericks in 20 of the team’s 53 games. Kleespies scored 18 runs, with three homers and 16 RBI. She helped the Mavericks to a 10-3 win over Regis University April 14 with two hits, including a double, scoring once and driving in a run with a sacrifice fly. Colorado Mesa finished with a record of 48-5 on the season.

Grace Ladd (Niwot) finished with a 3-3 record as a freshman pitcher for Brown University. Ladd posted an ERA of 2.57, easily the best on the squad, and struck out 13 batters in 32.2 innings of work. She made 20 appearances, all but one in relief. She also saved two games. Brown finished 11-28 on the season. Ladd was named Ivy League Rookie of the Week for her performance in an 11-3 win over Harvard April 29. Ladd came on in relief to pick up the victory with 3.2 innings of shutout relief. She gave up only one hit and did not allow two inherited runners to score. Her performance gave Brown the series win, its first over Harvard since 2004