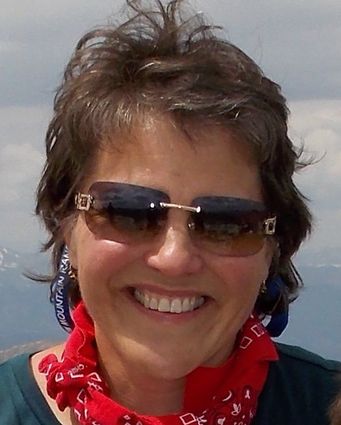 Courtesy Photo Left Hand Laurel recipient Michelle Law of Niwot has dedicated her time and energy to Cub Scout and Boy Scout Troops 161 for the past five years.

Niwot’s Michelle Law has dedicated herself to the boys in her life and the community, earning her the Courier’s Left Hand Laurel.

Law is the mother of three boys and also a long-time leader of Boy Scout Troop 161, holding different positions over the years, including serving as the troop’s Advancement Chair for the past two years.

A resident of Niwot since 2000, she was a member of the Left Hand Grange when she learned the Grange, as the chartering organization for Troop 161’s Boy Scouts and Cub Scouts, needed a liaison to bridge the flow of information between their organization and the scouts. The mutually beneficial relationship between the two groups allows for the scouts to meet at the Grange hall, and for the boys to help the organization with various service projects.

Law was a Girl Scout and a gold award winner as she was growing up in northeastern Ohio. But with only sons in her house, the calling to again become involved with what scouting offered meant she was headed to the Cub Scouts.

“I felt strongly about scouting and the benefits that it gave to me,” Law said. “Our kids seemed interested, so we got them involved as Cub Scouts and ultimately moved on to the troop.”

There are a total of 150 merit badges a scout can earn. As scouts complete the requirements for each badge, Law’s job as the Advancement Chair is to determine if a scout has successfully fulfilled the badge requirements, document the achievement with the national organization, and make sure the scout is awarded the badge at the Courts of Honor presentations, which take place three times per year. Troop 161 is an exceptionally active troop, earning an average of 50 merit badges per Court of Honor.

Each Boy Scout starts out as a Tenderfoot and move on to the Second Class, First Class, Star, and Life ranks, and ultimately can earn the rank of an Eagle Scout. Law comes in at the tail-end of each rank advancement by assuring that the proper paperwork has been submitted and all of the boxes have been checked to meet the requirements to progress to the next level.

“We have about 15 Life Scouts now,” Law said. “As a Life Scout, they’re on to community service and have to do a major Eagle Scout project.They decide on something they will take the lead on from start to finish, have it approved, and coordinate all of the logistics around it in order to make the highest award in scouting.“

Since it was formed in 1960, Boy Scout Troop 161 has produced nearly 90 Eagle Scouts, which is considered exceptionally successful. Eagle Scout projects within our community have included Niwot clean-up day, constructing the Whistlestop Park fence, and recently, installing a Left Hand Grange commemorative bench.

Left Hand Grange President Bruce Johnson said, "Michelle has been an active member of Left Hand Grange for several years now, representing both the Boy Scouts and the Cub Scouts of Troop 161. She‘s enthusiastic and energetic, and has always been willing to organize the boys to help out at community events such as the 4th of July Parade. She has been a real pleasure to work with."

Cub Scout Pack Scoutmaster John Volf said when Law was their treasurer, “She basically held everything together and was a huge asset to the pack.”

Her role with the troop isn’t only about organizing and record keeping. Law is likely to be found at every monthly meeting, out with the boys at community events, hiking, backpacking and setting up tents at camp outs. In fact, the opportunity to be outside is her favorite part of the gig.

“I love it,” Law said. ”We do a lot of camping, a lot of service projects and I get to be with my boys. It’s also very gratifying to watch the troop learning new skills, being outdoors, enjoying the simple things, and learning how to survive in the wilderness.”

Law’s career for the past 22 years has been with the University of Colorado as the Assistant Director of the Environmental Health and Safety Department. She’s a graduate of the University of Denver, having studied Biology and Psychology, and she holds a graduate degree in Radiological Health Sciences from CSU. She has traveled to every U.S. state except Hawaii.

“We are thankful for her continued service,” Troop 11 Scoutmaster, Justin Brooks said, “and are pleased to see her being recognized in the community.”

“I love seeing the kids go from being young green fifth-graders to young men who are ready to take on bigger challenges,” Law said. “The scouts are a safe pace for children to grow up with supervision and, in a safe environment, to experience things they wouldn’t normally be able to.”