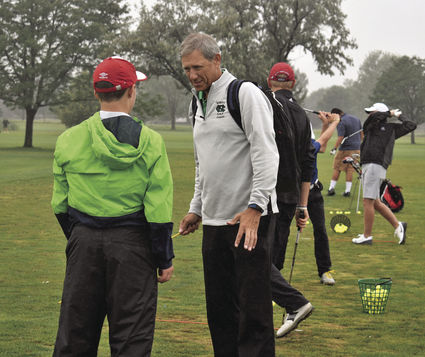 The good news for Niwot head golf coach Ed Weaver is that his 2017 boys team will feature two 2016 state tournament qualifiers in the top two spots and a sophomore with a year of high school golf under his belt at number three. The not-so-good news for Weaver is that after that, the Cougars will be “challenged with depth and experience,” according to Weaver.

“I’ll have two juniors and some sophomores,” said Weaver, who admitted he’s not entirely certain how many players will be on his final roster. Since the golf season starts so far ahead of the school year, he never knows how many players he’ll have until they show up at tryouts. He does know, however, that last year’s seniors, Jake Butler and Max Kuesel, left behind some big shoes to fill.

“I’m going to be looking for leadership,” continued the third-year head coach. “I don’t know who’s going to emerge, but leadership is something that you earn.”

Returning to the team this year are juniors Jack Hoover and Andrew Elliott, who finished 59th and 63rd respectively at last year’s state meet in Carbondale. With Butler and Kuesel, they helped the 2016 Cougars capture their first ever team berth to the state tournament, where they tied for seventh place overall. Elliott and Hoover will be joined by sophomores Sam Hoover (Jack’s brother), and Luke Martinez.

The lingering questions have dampened Weaver’s expectations for his team, but not by much. In fact, he believes at least three of his players have a reasonable chance to qualify as individuals for the state tournament, and he sees the Cougars finishing among the top five teams in the Northern Conference despite the lack of senior leadership. 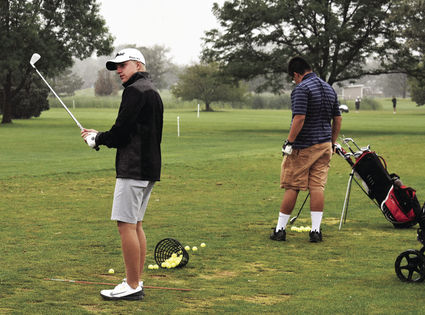 “I think that Andrew, Jack and Sam all have a shot at making the state tournament this year,” the coach said, noting that Elliott and the Hoovers have each played in several competitive tournaments this summer in preparation for the upcoming season. “After that, who knows?”

The team will hold daily practices at two local courses, Ute Creek and Fox Hill. The 2017 season officially kicked off with tryouts on Aug. 7 at Twin Peaks and Aug. 8 at Ute Creek. The Cougars tee off in their first Northern League event on Thursday, Aug. 10, at the Olde Course in Loveland. On Aug. 22, the Cougars will host the season’s fourth league event at Twin Peaks golf course in Longmont, and on Sept. 26, its annual JV Invitational.

The season wraps up with the 4A Northern region tournament at the Boomerang Links in Greeley on Sep. 18, followed by the state tournament on Oct. 2—3, at the Raccoon Creek Golf Course in Littleton.

For a complete schedule of league events and tournaments, visit nhs-cougars.com/sportspages/boys-golf/.