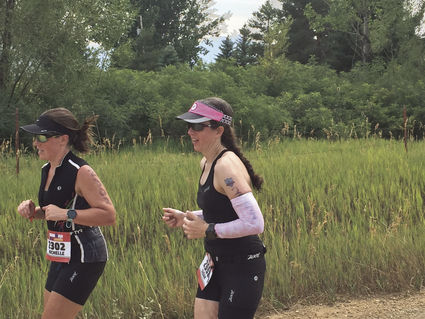 Photo by Bruce Warren The Ironman Boulder 70.3 sent bikers along the Diagonal Highway with a turnaround at the Airport Road Underpass, with the final ride south passing along 73rd Street at Niwot Road. The running portion of the race took runners along Monarch Road west of of IBM before heading south on 63rd Street to the Boulder Reservoir finish line.

Cool weather greeted 2,151 participants in Boulder’s half-Ironman Triathlon on August 5. The event began at Boulder Reservoir with the swim leg of the event, with athletes then riding north to the edge of Longmont before returning to the Rez for the running portion of the event, which looped north around the Rez and Coot Lake before finishing back at the Rez.

Traffic in and around Niwot and...