By Jack Carlough and Bruce Warren 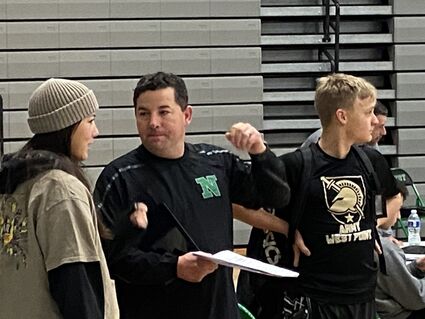 Niwot High School's wrestling coach, Bobby Matthews, opened the Gary Daum Classic wrestling tournament with a brief tribute to the late NHS wrestling coach, then asked the crowd to join him in a moment of silence in honor of the memory of Daum's daughter Lindsay and his granddaughter Meadow who died tragically last summer.

Following the national anthem, the tournament began with 15 schools com...