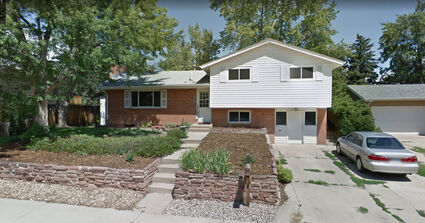 The house before the redesign by Osmosis.

The mid-20th century modern, bi-level home is a classic design found around the country and in many Boulder County neighborhoods. Decades after their building date, many of these homes are in need of a refresh. When Niwot-based Osmosis Art and Architecture was called on to participate in the design for a Boulder-based home in this style, the result led to a significant industry award.

On Nov. 5, the project earned Osmosis a MAME (Marketing and Merchandising Excellence) award sponsored by the Home Builders Association of Metro Denver and the Sales and Marketing Council. Known in its entry category as "Aspen,'' the design came out ahead of the two other strong entries with which it competed.

Anne Postle, Niwot resident, architect and owner of Osmosis Art and Architecture, was central to the design work on this project and thrilled that it has received notice.

"The biggest challenge was updating the look, making it inviting and adding a covered entry," Postle said. "We wanted to do a new design that complimented the existing brick. Now it's more of a warm, charcoal gray. We also changed the color, replaced the front windows and made a new covered entry. All of these elements were more contemporary but still fit into the mid-century modern theme." Postle said the team also had to work within Boulder's solar shadow ordinance, ensuring the house doesn't cast a shadow on neighboring properties.

Postle said that landscape options also affected the exterior view and she praised the landscape designer who "did a great job of working with what was there. Made it much more inviting."

According to Postle, the interior and exterior project took six to eight months to design. Then getting through the City of Boulder's processes took about four months. Photos of the home before and after the completion of the project show the difference Postle and her team made.

Porchfront Homes, a Niwot-based builder known for projects such as Erie Village, custom homes and remodels, was responsible for much of the work on the interior sections of the project. Postle said that they did a lot of work to open up the floorplan. For example, they opened up the kitchen to the great room and added a new master suite on the upper level.

Mary Coonce of Porchfront Homes said, "For us, it's an exciting challenge to work with a mid-century modern house and a house that is decades old. We did it through designing some interior finishes and helping choose exterior colors. It was fun to work with Osmosis and the homeowners to bring their vision to life." 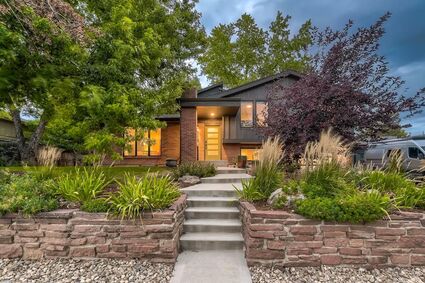 The house after the project was complete which won a MAME award for Osmosis Art & Architecture.

While it is always rewarding to have an extensive project recognized, Osmosis' MAME award was meaningful for another reason: it was the last project that one of the team members worked on.

"One of the things that was really exciting about this award in particular is that one of the project managers was Maria Wells," Postle said. She worked with us for 15 years and is retiring at the end of this year. She accepted the award with us. We're really sorry to lose her. For her, this is a great way to end a career."

Postle and her firm have won multiple awards, and she regularly contributes to the Professional Builder's Housing Review and speaks at builders' shows. In the end, Postle was most gratified to be part of a team doing work that she loves. "It's really rewarding to be able to take an old, dated house and turn it into something that really works, something that works for the family, and also is a home they're proud of."