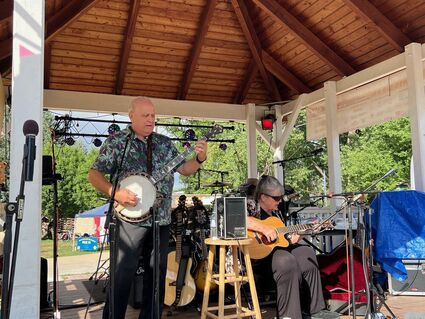 A large crowd came early to the July 21 Rock & Rails concert, and were treated to an opening performance by "Dr. Banjo and Nurse Banjo," otherwise known as Pete and Joan Wernick, who have made their home just across the Diagonal Highway on Oxford Road since 1976.

Pete played banjo, and his wife Joan accompanied him on the guitar, with both contributing vocals. Pete and Joan have a unique...