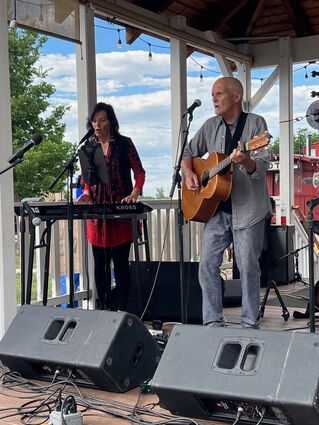 Emmy Award-winning singer-songwriter Mark Oblinger (right) brought his talents to Rock & Rails July 7, and was joined by Linda Lawson on keyboards and vocals.

Mark Oblinger and Linda Lawson provided a rare treat for early arrivals at Rock & Rails in Niwot July 7. Oblinger is a Grammy nominee and Emmy Award-winning singer-songwriter who lives in nearby Boulder, and he brought Lawson along to join in the performance.

Oblinger played his acoustic guitar while singing an eclectic mix of heartfelt soul, rock, and R&B. Lawson accompanied him with a gre...