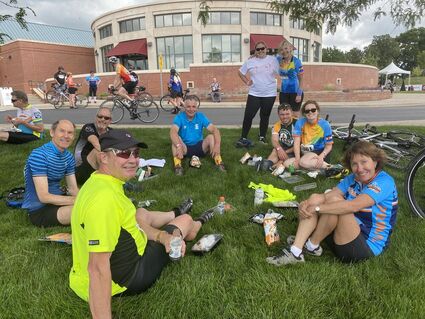 The weekend of June 25-26, BikeMS Colorado will take place to raise money for the National Multiple Sclerosis (MS) Society. MS is an unpredictable disease of the central nervous system that disrupts the flow of information to the brain, and between the brain and body. Nearly 1 million people are living with MS in the United States, according to a study funded by the MS Society.

Bike MS is the largest fundraising cycling series in the world. Each year, nearly 75,000 cyclists and more than 6,000 teams ride together to change the world for people with MS. The goals of the Society are to stop the disease progression, restore what's been lost by people suffering from MS and to end MS forever.

Dr. Francesca Howell commented "The research benefits not only MS, but also helps us to understand other auto-immune illnesses – it is really important research." BikeMS Colorado has a goal of raising $2.65 million. The Society has provided. $1.06 billion for research funding to date with measurable progress, including a number of new and effective treatments.

Each ride in the Bike MS series has a unique local flavor while maintaining a consistently well-organized, supportive and extraordinary experience.  Whether you're a casual, novice or experienced cyclist, you'll feel right at home at Bike MS. In Colorado, there are several route options ranging from 32 miles up to 186 miles – BikeMS Colorado will come through Niwot on June 25, with several hundred cyclists coming through, stopping at Whistle Stop Park as a way station.

Niwot has its very own team called "The Galloping Geese" doing the ride for the seventh year. The group has nine riders this year, and the team has raised over $10,000 a year since 2016.

This year the team consists of Niwot residents Peter and Francesca Howell, Alden Sherman and Andrew Fowler. Boulderites Ric and Janet Dilz, Randy Compton and Polly Douglass will be part of the team, along with Jason Macallister from Parker. Peter Howell is the team captain and the team members have been diligently training in all weather conditions. Many of them will ride a minimum of 135 miles over two days.

Howell commented, "Bike MS is a great event and every year I feel energized by the fantastic efforts of The Galloping Geese team, the dedication of the thousands of other riders, and the generosity of so many people." 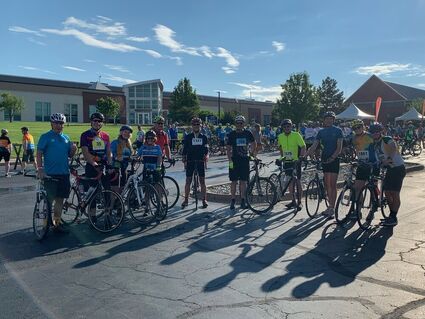 The Galloping Geese name was a popular name given to a series of seven railcars (officially designated as "motors" by the railroad), built in the 1930s by the Rio Grande Southern Railroad (RGS) and operated until the end of service on the line in the early 1950s. Some say the amusing name derived from the way the cars wobbled as they went along mountainous terrain. Others say it saved the mail as well as the rail beds on Colorado's Western Slope – a kind of "Little Engine That Could." The "Geese" railcars are found today at various train museums around Colorado, including Ridgway and Telluride.

Anyone suffering from MS or recently diagnosed can use the helpline 1-800-FIGHTMS or go to the Society's website at https://www.nationalmssociety.org/Resources-Support/Find-Support/Ask-an-MS-Navigator.

If you want to donate and support Niwot's very own team, please donate to: https://mssociety.donordrive.com/index.cfm?fuseaction=donordrive.team&teamID=13555.