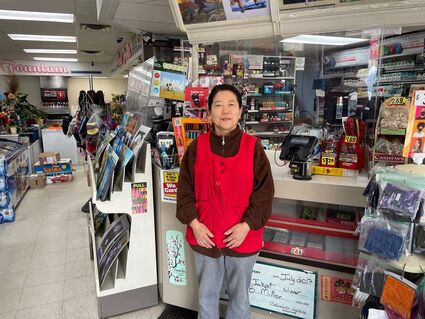 Mala Bo Fan stands at the Conoco counter, in her familiar red vest, on the first day of non-ownership of the service station

This past Sunday, there was another change in a well known Niwot-based business. Mala Bo Fan, owner of Fan's Conoco gas station, sold the popular Cottonwood Square-based fueling stop. It will be the second local filling station for the new owner, Rajbar Dhillon, who also owns Hershey's gas station in Boulder.

On her first day of non-ownership, Fan was still at the shop, helping brothers of the...