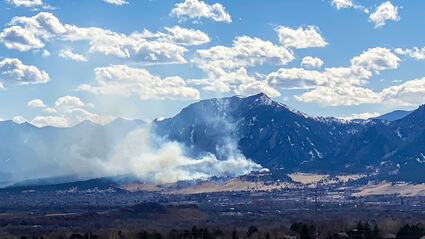 On March 26, a wildfire erupted in southwest Boulder, near the National Center for Atmospheric Research. The fire quickly grew to nearly 200 acres, prompting the evacuation of 19,000 residents in the surrounding area. The fire was approximately 35% contained by the following afternoon, and residents were allowed to return home. At press time the fire was 68% contained but no cause had been determined.