Arts Student of the Week-Alexis Marez 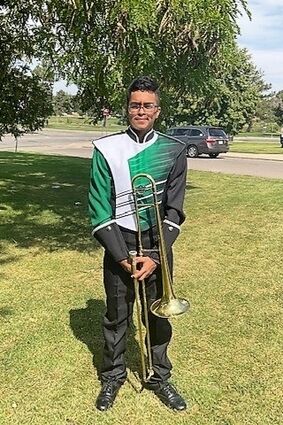 Niwot senior Alexis Marez was named first chair trombone in the all-district honor band, and was selected for the Combined League Honor Band.

When Niwot senior and trombone player Alexis Marez learned that he had been named first chair for the All-District honor band earlier this year, he was not sure how to take it.

"I guess I shouldn't have been, but I was surprised to hear that I was even nominated for first chair," he said. "I haven't gotten anything like that before. There was a total of around 10 trombones, and to be the first...