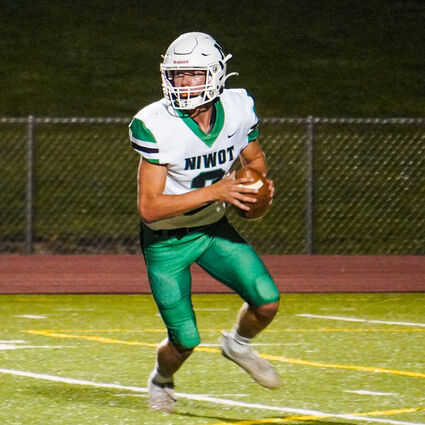 Junior Ben Classen amassed more than 750 yards rushing as Niwot's run-first starting quarterback in 2021, but was also responsible for 61 tackles on the other side of the field.

With a 4-6 record, Niwot football had one its most successful season since 2008 and in turn, its top players received some impressive individual hardware.

On the CHSAA All-State lists, offensive/defensive lineman Bryce Nemec's stellar senior campaign earned him a spot on the second team while junior quarterback/defensive back Ben Classen was an honorable mention.