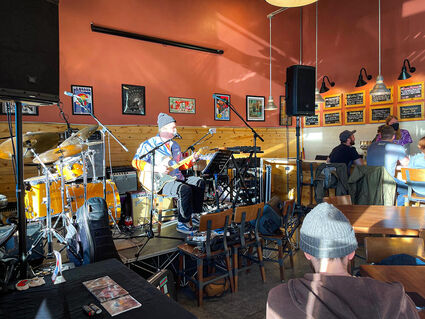 Danny Evans performs at Beyond the Mountain's 4th Anniversary Celebration

Last Saturday, Gunbarrel's Beyond the Mountain Brewing Company celebrated its fourth anniversary. The brewery, known for a love of both craft beer and music, had both on site for the event with a pair of performances by Danny Evans and jam band The Jauntee.

In honor of the milestone and in keeping with the cooler season, the taproom brewed and served a S'mores Stout as a special release Anniver...