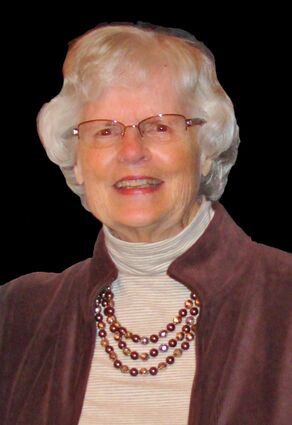 She was born March 27, 1925, in Scott City, Kan., to Orland and Bernice Easley. The family lived in Hutchinson, Kan., until 1944 when her father purchased the University Hill Grocery on "the Hill" in Boulder.

Marcie attended CU and graduated with a Bachelor of Science in 1946. She married Robert W Hawley on June 9, 1946, in Boulder.

After raising three children, and a few relocations, she started her career at the age of 50 in Evergreen. The opening of the Yankee Doodler Bookshop was a lifelong dream. With the success of that store, she was able to expand and open stores in Silverthorne, Boulder, Lafayette, and finally in Niwot. After the death of her husband in 1998, she kept the Yankee Doodler in Niwot going until 2002, when she sold the store and retired.

Marcie has lived in Niwot for the last 31 years. She was a member of the Chi Omega sorority, Mountains & Plains Booksellers (where she served a term as VP), and a lifelong Presbyterian. She had a love of baseball, instilled by her father, and a love of books which she got from her mother.

Marcie was preceded in death by her husband Robert, her son Stephen Hawley, and her younger sister, Jo Ann Arnold.

She is survived by her son and daughter-in-law Thomas and Bonnie Hawley of Niwot and daughter Susan Anspach of Louisville. She also leaves behind five grandchildren, Matthew, Brett, & Alex Hawley, and Grant Anspach & Sarah Taylor.

In lieu of flowers, make gifts to Tru Care Hospice by going to: https://www.trucare.org/make-a-donation-to-tru/.