Longmont forms committee to evaluate formation of a library district 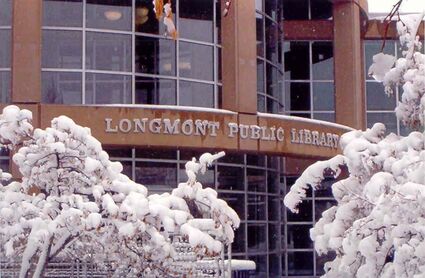 Many see libraries as central fixtures of a community, but many also simply see libraries as buildings that house books and movies. Libraries have the opportunity to provide so much more than that. Oakland, Calif., has a tool library, where people can rent out equipment; Memphis, Tenn's central library, which is a National Medal Winner, has a studio called CLOUD901. This studio boasts professional grade lighting, film and editing equipment which is available to the community, specifically teens.

Resources and opportunities like these, and others such as free computer time, printing and event hosting, are largely possible due to the libraries having a stable source of funding, which is something that is not a reality for some municipal libraries, like Longmont's.

Funding doesn't just impact the resources and services a library is able to provide, it also impacts personnel and infrastructure. The City of Boulder, another municipal library that is evaluating moving toward forming a district, terminated approximately 66 employees during COVID and severely cut its services. Longmont Library, somewhat similarly, was closed for in-person services for months during the pandemic.

Libraries in the neighboring High Plains and Larimer library districts, in contrast, were able to maintain more in-person services. But districts do more than simply provide in-person opportunities. Districts also allow smaller communities the opportunity for access to more resources.

"Longmont has about 100,000 residents," said Prudence Carter, another member of the new Longmont District Committee. "The library brings a lot of different people, and building a community is very important...It's important to keep moving forward, to go look at things."

Carter believes that a district might bring "the library into the 21st century." As seen in other libraries, such as those in Oakland and Memphis, libraries are more than just books. "It's about maker spaces, performance spaces," Carter said.

Perhaps the biggest contrast between municipal and district libraries is the source of funding. According to the Longmont Library District Project's website, "Colorado per capita [library] expenditure is $46, but Longmont's budget is $38.03 [per capita]."

On the library's own site, there's a page, "Ten Easy Ways You Can Help Your Library," which includes joining the Friends of the Longmont Library, buying books from library book sales, visiting the library's gift shop, giving a monetary contribution, and more.

While Converse said that it's been difficult "convincing people that property taxes for libraries is a good idea," he and the rest of the committee believe it's the most stable source of funding.

"I think the con would be that people will say, 'I don't want to spend $35 on a library [by way of a mill levy], because I don't use it,' not thinking that their children or grandchildren will use it," said Carter.

This debate is something the committee is aware of and is discussing. They are also discussing what areas will be included should formation of a district be approved. For now, they are considering all Longmont zip codes, with the exception of those already within other districts' boundaries.

While Longmont has been considering a district for approximately three years, this committee has only been meeting bi-weekly for the past two months. The committee is still looking for input, and according to Carter, "We would love to get someone on our committee from Niwot."

It's still early in the process, but both Carter and Converse are optimistic about the support they've received thus far. "Let's all do something together that we can be proud of," Carter said. "I'm hoping that people get involved and I think they will if they hear how we can all grow together."