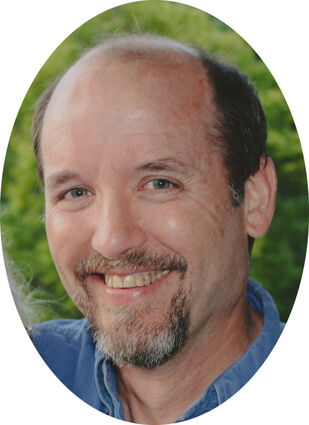 William Nicholas Thurmes, 63, of Boulder, Colorado, died October 15, 2021. Bill was born in Minneapolis, Minnesota, on June 17, 1958 to John and Theresa Thurmes. He grew up in North Saint Paul and graduated from Hill-Murray School. He graduated from the University of St. Thomas in 1980 with a bachelor's degree in chemistry and went on to earn a PhD in chemistry from the University of Colorado at Boulder in 1986.

While attending the University of Colorado, Bill met his future wife, Glenna, whom he married on July 11, 1987. He worked as a postdoctoral researcher at the University of California, Berkeley, before returning to Colorado in 1988 to join the newly formed Displaytech.

He is known for his research in ferroelectric liquid crystals, and his enthusiasm for learning and applying his knowledge, allowed him to fill many roles at the company, including computer programming, overseeing laboratory safety, building lab equipment, and managing the chemistry department.

Bill was a passionate woodworker, spending many happy evenings in his workshop making furniture and other gifts for the people he loved, and was excited by the challenge of building new and unfamiliar things. Over the years he lived in Boulder, he poured his skills into maintaining and improving the home where he raised his children, and he and Glenna built a beautiful garden together.

He enjoyed playing hockey, biking and hiking in the Rocky Mountains with his family. He sang with the church choir at St. Thomas Aquinas University Parish in Boulder, and later Immaculate Conception Church in Lafayette, for many years, and took great joy in his music.

Those who knew Bill knew him as an exceptionally caring man, always ready with a joke or a song accompanied by his brilliant smile. He is survived by Glenna Thurmes, his wife of 34 years; his children Anya and Nicholas, of Littleton, Colorado; his parents, John and Theresa Thurmes; his siblings, John F. Thurmes, Michael Thurmes, Peter Thurmes, Margaret Boese, Paul Thurmes, Mary McGill, and Edward Thurmes, and their spouses and children.

To share his passion for science, memorial contributions may be made to the Denver Museum of Nature and Science online at https://secure1.dmns.org/donate-to-the-annual-fund-today or by check mailed with IMO William Thurmes in the memo.