This little piggy went to market 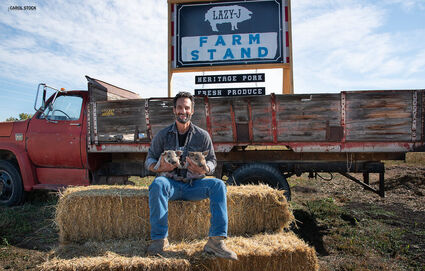 John Scaggs, aka Lazy J, with two of his much loved Mangalitsa piglets at his farrow-to-farm stand on the south side of Highway 52 between 71st and 79 Streets.

If you're a frequent driver on Highway 52 you have probably noticed a new farm stand, Lazy J. The "J" is for John Scaggs, who is anything but lazy.

Scaggs raises pigs, which he's been doing since 2015. "I run a unique, pretty exotic set of genetics," Scaggs said. The backbone of his herd is the Mangalitsa breed, which is from Hungary.

These pigs are very well adapted to the Front Range. They ar...