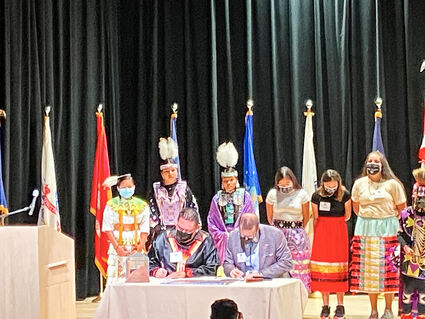 For the first time in the 65-year history of the Sister Cities program of the United States, a sovereign nation entered into a sister-city relationship with a U.S. city. Steven Fast Horse, a representative of Business Council of the Northern Arapaho tribe of the Wind River Reservation in Wyoming and Longmont Mayor Brian Bagley signed an agreement Saturday, Sept. 18, establishing the relationshi...