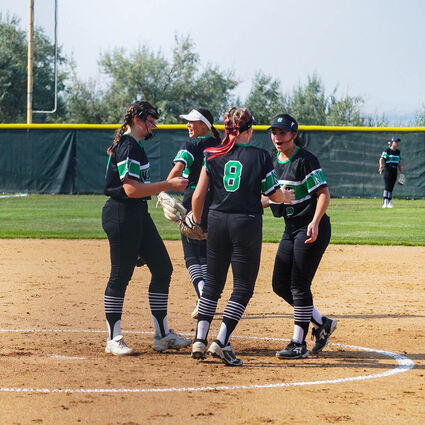 The Niwot infielders celebrate in the pitcher's circle after getting a key out against George Washington on Aug. 18.

The fall sports season has officially arrived with Niwot softball kicking off its slate of non-league games. After dropping its home opener to George Washington 8-6 on Aug. 18, Niwot split a two-game round-robin tournament at Lyons High on Aug. 21.

The round-robin tournament began with Niwot facing the Lyons Lions in game one. Despite a three-run homer by sophomore Anne Booth and a two-run bom...