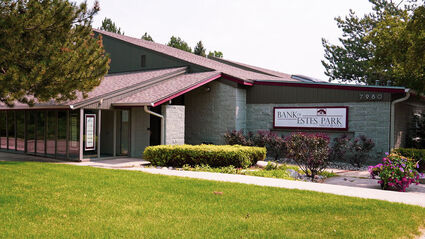 Wanda Fisher, a longtime employee at the Niwot branch of the Bank of Estes Park, is leaving after nearly three decades with the bank.

Things are changing at the Bank of Estes Park in Niwot. Long term vice president and Branch President Wanda Fisher is retiring after 27 years.

"It's been a long time. A lot of my customers through the decades have started to ask, 'How long have you been here?' I tease and always say it's been like 400 years," Fisher said jokingly.Wanda Fisher retires from Bank of Estes Park

What's not as much of a joking matter is how much she'll miss the Niwot community members she's gotten to know.

"One of the major things that has been so fabulous when being here are the customers I've worked with," said Fisher. "I've seen some of them bringing in their children as toddlers. Then those toddlers come back to open up their savings account when they get their first job. And their checking account later on."

Fisher shared that a lot of customers have become almost like friends to her. "I know about their struggles, their milestones, happy moments. I've helped with their small businesses. That's what I'm really going to miss."

As difficult as it is to leave her role, Fisher chose now to start her retirement so she can enjoy more of whatever the rest of the summer will bring. "I've worked long enough, I just don't want to work anymore," she said. She hopes to use her fifth wheel more and enjoy time outdoors.

Fisher expects things will look much the same once she's no longer around and that incoming new branch manager Terry Gushiken doesn't plan to change much. "The plan is to run it the same for banking and lending and everything that goes along with it. And to continue to be involved in the community," she said

Gushiken was brought in 18 months ago so he can get a better sense of how the bank has been serving the Niwot community. He's had lots of time to become a familiar face to customers and to learn their needs.

Fisher also shared more about other bigger and more long-term plans once she's no longer a daily face at the bank. "We've just closed on a lot in Costa Rica. We're going to live there for part of it and in Colorado for the rest. It's a new chapter in my life. I'm excited."

While things for Fisher may look very different, things in Niwot should stay on course.

Fisher articulated as much with one, parting thought. "The team is strong here, very capable. Everything should remain as strong as it's ever been."