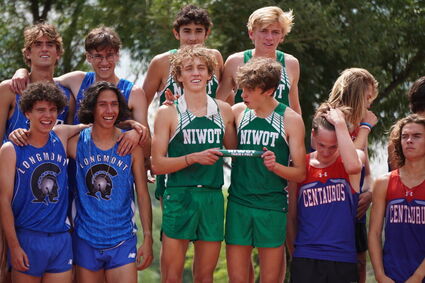 With both the Niwot girls and boys track and field teams taking first place in the 4A state meet, it was no surprise that the All-State teams were drenched in Niwot green. Eleven girls and four boys received the recognition, which was based upon state meet results.

Leading the list for the girls was senior Lucca Fulkerson, and for the boys junior Zane Bergen, who each won Athlete of the Year honors. Head Coach Maurice Henriques led the historic season and was named Coach of the Year.

In girls tennis, NHS junior Anna Sallee and senior Emily Creek made the First Team for a Cougar squad that finished third in Class 4A at state. Girls soccer seniors Madeline Borncamp and Kiera Flanagan were named honorable mention after a league nomination process and a head coaches' vote.

But it was Fulkerson's winning performance in the 3200 meter event and the 4x800m relay that made her the best of the best. Assistant track and field coach Kelly Christensen was most impressed with Fulkerson's growth throughout high school, which included navigating dangerously low iron ferritin levels most of her high school career. She brings this latest honor to Princeton University where she will continue her track career.

"She's one of those rare athletes, especially on the girls side, that every season got stronger, faster and more confident," Christensen said. "If you could have athletes be the way she was throughout high school, that's the ideal situation where each year they're healthy and each year they improve."

On the boys side, Christensen highlighted Bergen's selfless attitude that may have made it a surprise for him to win the most coveted individual award. Bergen won the 800m, 1600m and 3200m and contributed to Niwot's winning effort in the 4x800m relay.

"It takes a lot from the coaches to get him to understand sometimes the best thing for the team is to be a little selfish," Christensen said. "He wants to do well for his team and is really one of those rare people. I don't know if we'll get another leader like Zane."

Rounding out the Niwot boys on the All-State list were the remainder of the 4x800m relay team which included seniors Joaquin Herrera, Grayden Rauba and Curtis Volf. All three will soon compete in college with Rauba at the University of Colorado Boulder, Volf at St. Mary's College and Herrera running cross country at Adams State.

Christensen was especially proud of Herrera who struggled with injuries in March but rebounded for the state meet in June. 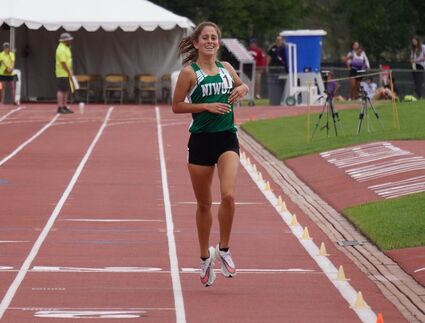 Senior Lucca Fulkerson was honored as the girls Class 4A track and field athlete of the year, and named to the All-State team.

The nearly endless list of individual recognitions on both the girls and boys teams is just another validation for the hard work these student-athletes put in, Christensen said. Winning the state title, however, was always the bullseye.

"I don't think any of them would have cared if they're All-State if we didn't win a team title," Christensen said. "The team title means way more to them than any individual honor, but it always feels good to be recognized and validated."

Rauba agreed that the team-first mentality was what made this Cougars group remarkable on both a team and individual level.

"I truly believe every guy on the team would rather have his teammates do better than him if it meant the team did better," Rauba said. "It's weird how that mentality seems so normal to us but I know that very few teams have that way of thinking and that's what makes us special."