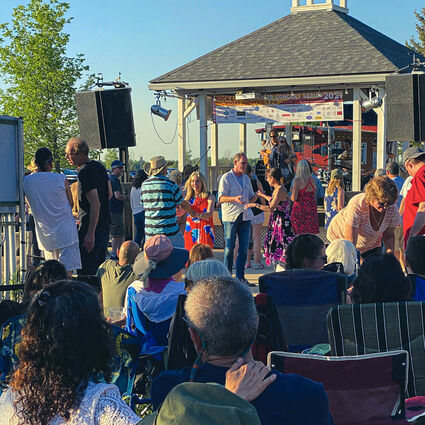 Mojomama works its magic at the first 2021 Rock & Rails concert.

Starved concertgoers were refreshed and refilled by the return of Niwot's famed Rock & Rails concert series on Thursday, June 3. Attendees not only were entertained by opening band Pacheco & Bower and headliners Mojomama, whose self-described "funky blues rock" had the crowd up and dancing, but also by the fact the day marked the premier of the new Depot building at Whistle Stop Park, w...