Niwot girls escape with a win at Todd Creek 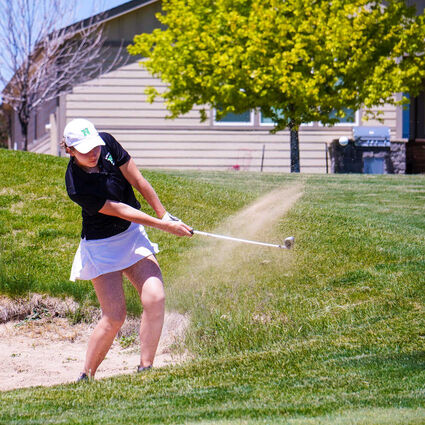 Junior Sydney Rothstein found a bunker more than once at Todd Creek on May 27, but there were a lot to find.

The Niwot girls golf team learned some painful lessons about their short games at the Longs Peak League event at Thornton's Todd Creek Golf Course on May 27. Bedeviled by lightning-fast greens and what were described as "challenging pin placements," the Cougars gave up some strokes where they normally don't, and that was reflected in their higher than average final scores. Unfortunately, it was also reflected in the mood of the players, who weren't much for chit-chat between shots. 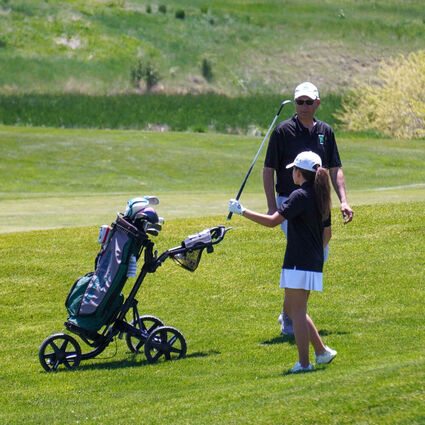 The Niwot girls golf team put coach Ed Weaver's diplomatic skills to the test at their Longs Peak League tournament at Todd Creek on May 27.

Luckily, it didn't seem to be a handicap for Niwot alone, and senior Hailie Ostrom (85) and junior Sydney Rothstein (86) finished first and second respectively. That was good enough to put Niwot in first place in the team standings for their fourth league title of the year.

Niwot wraps up the regular season on June 3 at Quail Dunes in Fort Morgan.