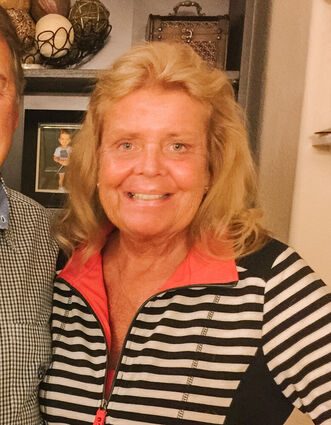 She was born to the late Robert E Ringdahl of LaCrosse, Wis. and the late Janice Ringdahl of Sarasota, Fla. on September 10, 1955 in LaCrosse, Wis. Cherie graduated from Central High School in 1973 before attending the University of Wisconsin - LaCrosse for a short time thereafter.

She was married to Jeff Fassbinder in 1977 and relocated to Boulder, Colo. shortly after they married. Cherie is survived by her husband, Jeff, children Katie (Ben) of Frederick and Brian (Crystal) of Westminster, four grandchildren – Luke, Mary Grace, Ella and Aiden, her brother Tom Ringdahl (Debbie) of Cave Creek, Ariz., and a number of other loving relatives and close friends.

Cherie grew up spending summers on the water and skiing in the winter in LaCrosse, before she met the love of her life, Jeff, in 1977. After marriage, the couple moved to Boulder and later to Niwot where they raised their two children, Katie and Brian. Cherie was often seen volunteering at the schools or the Longmont Humane Society. She had the biggest heart, a passion for helping people and was rarely seen without a smile on her face. She loved the sun and often traveled to the Florida Keys where she and Jeff have a second home. Her grandchildren were the light of her life, along with her dog, Ranger, who passed away six weeks after her. Cherie was loved by many, and the joy and beauty she brought into so many lives will be forever remembered by us all.

A celebration of her life will be held on Saturday, June 19 at The Fox Hill Club in Longmont. Friends can come between 1-4 p.m. Donations may be made in her memory to the Longmont Humane Society at http://www.longmonthumane.org.