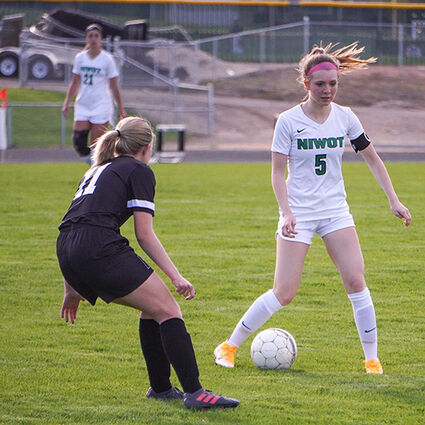 Senior Kiera Flanagan scored three times in just under five minutes of playing time during Niwot's 9-0 win over Roosevelt on May 13.

A slow start gave way to an avalanche of scoring, as the Niwot girls soccer team cruised to a 9-0 victory over Roosevelt on May 13. The Cougars were led by senior Kiera Flanagan and her four goals, but several newcomers also contributed to the lopsided win, which second-year coach Jenna Machado took as a promising sign for the youthful team.

"I was very happy with that," Machado said of the e...