Niwot gymnastics returns to the mat 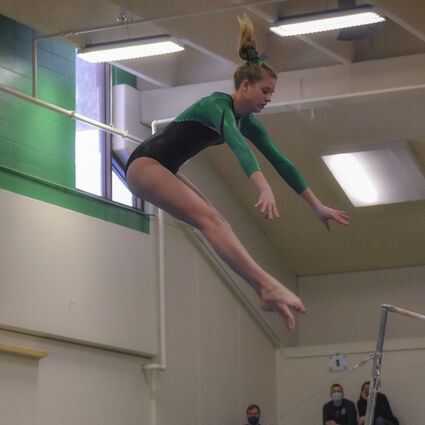 Niwot head gymnastics coach Marisa Purcell was candid about how the 16-month layoff between the high school seasons had impacted the skills of her gymnasts. With gyms and recreation centers closed during lockdown periods, team members had difficulty getting training time on a consistent basis, and that could set back many of the gains she saw from her youthful team during the successful 2019 season.

"We just haven't had a lot of places to go," she said. "That's been the hardest part, not consistently being able to do it for the last year and a half... Strength and endurance of routines is definitely hard, and so we're working on a lot of those things right now."

Per the coach, there were clearly some early season jitters among the competitors in Niwot's opening meet against Fort Morgan and Lone Star on March 20, particularly on the beam. Even seasoned competitors seemed nervous during their routines, and it was common for gymnasts to stumble.

But there were also some bright spots for Niwot on the day, most notably, a winning performance by Mia Curry, the defending Class 4A state All-Around champion. Curry took first in three events, and was the All-Around winner with 36.25 points. According to Purcell, the junior worked especially hard during the pandemic lockdown to maintain her fitness and skills, and is on pace to defend her individual state title.

"Sometimes you have girls who need people or other gymnasts to push them, but Mia doesn't have that. She pushes herself, and so she does a lot of working out on her own. She's really had that drive throughout this COVID time.... She looks great. She feels great, and she's doing a phenomenal job."

Joining Curry on varsity this season are sophomores Ava Silverstein, Savannah Slater, and Madison Sloan, all veterans from the 2019 team. Making her debut for Niwot was freshman Grace Gutierrez, who finished second in the floor competition at the meet, and brings a lot of "potential" to the team, Purcell said. 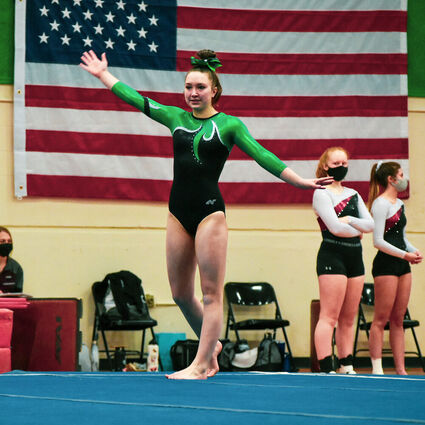 Junior Mia Curry's campaign to defend her Class 4A state all-around title began with a win at Niwot's season debut against Fort Morgan and Lone Star on March 20.

"She's got to get used to high school, and just getting all those skills and routines put together.... You should see her more and more throughout the season."

Niwot took first overall on the day, which was unsurprising considering their opponents brought just six competitors between them. Nonetheless, Purcell was relieved to see her team back in action after the 500-day layoff, and has a better idea of what the Cougars are up against before the regional qualifying meet on April 15.

"I'm glad to have a starting point," she said. "Now we just take it, and go with it, and continue to work forward. I know the potential. We've just got to put it all together. Whether we can do that in the next four weeks or not, we'll see."

Niwot gymnastics will be back in action on March 24 for a home meet against Thornton, and then home again on March 27 against Loveland.