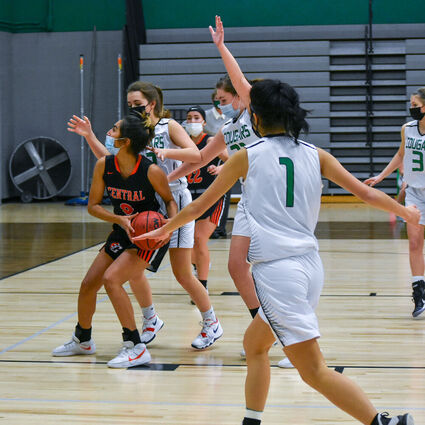 Even multiple defenders had trouble stopping the Greeley Central forwards during the first half of Niwot's season finale on March 6.

In its final tilt of the season, the Niwot girls basketball team fell to Greeley Central, 52-20 on March 5. Niwot's three seniors, Adeline Spencer, MacKenzie Demmel and Grace Wardle, played in their ultimate home game and were honored prior to tip-off.

Despite getting shut out in the first half, the Cougars rallied for 20 points in the second half to enter the offseason on a high note. Head coa...