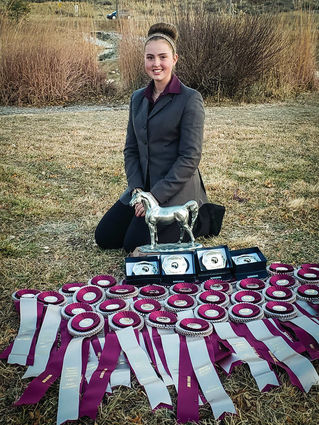 Although this year's U.S. Arabian & Half-Arabian National Championship Youth Judging Contest was held virtually, it was the same story for the Colorado Arabian Horse Club's Region VIII team. Led by fifth-year coaches Kendra McConnell and Rachel LeClere, the club has won 19 of the last 20 national championships and did so again this November.

In her first year competing at nationals, Niwot H...