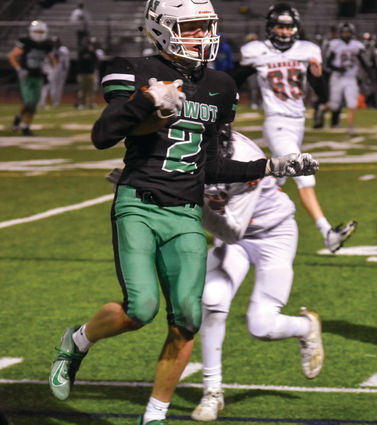 Sophomore receiver Ben Classen had 120 yards in receiving plus a touchdown against Lewis Palmer on Oct. 29.

It will take at least another week for the Niwot Cougars (0-4) to secure their first win of the season after falling to the Lewis-Palmer Rangers, 44-16 Thursday night at host Erie High School.

Navigating a "thin" roster, first-year Head coach Nik Blume was impressed with how his players continued to compete. Over half of Niwot's roster is composed of freshmen who have been tasked with learning...