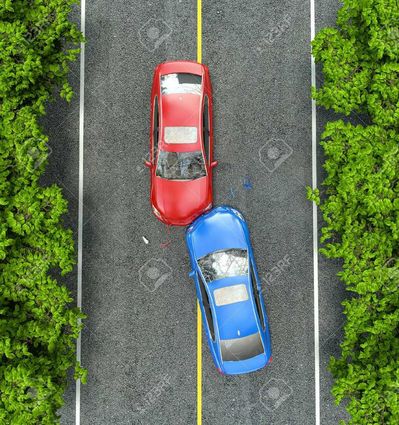 Watching the lane you are driving in will help you get home safely.

If you have spent anytime in the military, you have heard the term "Watch Your Lane." It means keeping your eye on your target on the rifle range. In the civilian world, I'm referring to the lane you're watching while driving in it. Watching your lane will help you get home safely.

Over the years, I've covered a lot of crashes that have dealt with vehicles going off the roadway. We even have a statute that covers this problem: Failed to drive in designated lane. So why is this such a problem for drivers?

It's a cumulative problem that has a lot of parts to it, but is actually very easy to explain. There are many reasons drivers will either drive out of their lane, or hit something in their lane. We'll talk about some of them in this article, but each one is tied to driver attention.

Have you ever been driving down the road and saw something that grabbed your attention off to one side of the road or the other? If you spent anytime looking at it, your vehicle probably drifted towards the direction you were looking. Sometimes referred to as target fixation, it is often taught to motorcycle riders. Target fixation is an attentional phenomenon observed in humans in which an individual becomes so focused on an observed object that they inadvertently increase their risk of colliding with the object. It comes back to driver attention.

The other issue I see all the time is someone slamming on the brake or swerving out of their lane because traffic stopped in front of them. This isn't because traffic stopped suddenly. It's because the driver was not paying attention to what was going on several cars ahead. This may happen when lanes are blocked or reduced for a hazard, construction, law enforcement activity, or a crash. Sometimes it's not even in your lane, but on the other side of the road and yet it has the same effect. No matter the reason, I call this failing to look beyond the hood. If a driver only focuses on a couple of feet in front of their vehicle, the driver will be slamming the brakes or failing to drive in their designated lane quite often, or even worse, hitting objects.

So, by watching other vehicles it can give you a heads up about anything that may be coming your way. If you start seeing multiple vehicles ahead of you slowing, or moving to one side of the roadway, it's a pretty good sign there is a hazard ahead. Use that to your advantage. Remember to always watch your lane.

Now unfortunately here are the most common reasons we see vehicles drifting out of their lane. It always comes back to paying attention. Failing to drive in a designated lane is attributed to talking or texting on the phone, eating, talking to a passenger, or being sleepy. Remember, safety is always the responsibility of the driver.

As always, safe travels, and watch your lane!