At Niwot High School, students in the International Baccalaureate diploma programme are expected to complete, among other things, rigorous classes, an extended essay, and a project oriented around creativity, activity, or service (CAS), and designed to get the student involved in the community and create something that benefits a group. For her CAS project, senior MacKenzie Demmel decided to organize a virtual 5K, with all of the proceeds benefiting the National Brain Tumor Society.

The National Brain Tumor Society is a non-profit that strives to provide the best treatment and outreach for people living with brain cancer. "After my aunt, Megan Boyer, was diagnosed with the disease in October 2018, I felt the need to help people like her in whatever way I could," Demmel said. "With this thought in mind, I planned St. Vrain for the Brain."

What was intended to be an in-person race has now become a virtual race due to COVID-19, but the basic principles still remain. The 5K race will be held on Oct. 31 at 9 a.m., although as this is a virtual race, participants are able to start whenever they'd like. Since it is scheduled for Halloween, costumes are encouraged, and the best one will be voted on in the St. Vrain for the Brain Facebook group. The person with the fastest time and best costume will win a T-shirt, Demmel said.

Since her diagnosis in 2018, Boyer's determination and strength have inspired her friends, family, and everyone she meets. "Her positivity in such trying circumstances and her ability to make anyone laugh is incredible, so this race is dedicated to her," Demmel said. 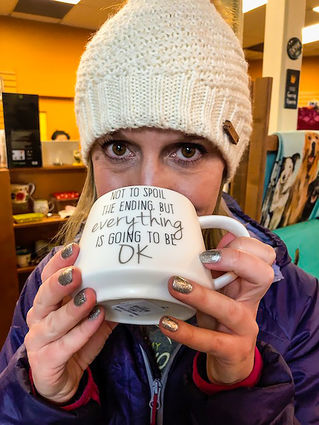 In light of the pandemic and the increasingly polarized political and social environment, the race is more significant than ever. With the social distancing protocols, it's difficult not to feel isolated from the rest of the world. For cancer patients and their families, the loss of family and social connections hits especially hard, because they no longer have access to the support system that they had before. The battle with cancer is hard enough without having to do it alone.

St. Vrain for the Brain provides an opportunity to feel the support from people everywhere and provides reassurance that despite how it may seem at the moment, no one is alone.

For more information about the event, to sign up for the race, or to make a donation, go to https://tinyurl.com/stvrainbrain.