A most magical occurrence 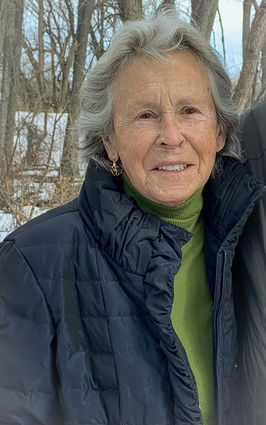 In May, a most magical occurrence was in the cards for me, but I had no way to see it coming.

When I moved to Colorado, I lost the phone service I used to have in Wyoming and I'd been trying like crazy to get my new phone service up and running. And it is one of those Catch 22 things, so exasperating I was about to pull my hair out. (If you don't know what a Catch 22 is, it comes from a Joseph Heller novel, and here's an example from show biz: you can't get work if you don't have an agent, and you can't get an agent unless you've worked.)

I drove to the Apple store in Boulder to see if the folks there could hack into my phone and find the information I needed to solve my problem.

I pulled into a parking spot across the street from the Apple store. Whoever was in the truck I parked next to was blasting very hard rock music from the radio.

Wearing a purple jacket, I wrapped a purple scarf around my nose and mouth for social distancing and started across the street to the Apple store, when a voice stopped me. A person, a young man, had climbed part way out of the truck and called out that the Apple store was closed. I turned back toward him and expressed my frustration over what the Covid-19 virus has wrought.

The young man climbed the rest of the way out of his truck, exiting on the passenger side instead of the driver's side, and started talking about octopuses, primarily, I thought, because I have an octopus decal on the driver's side front fender of my car.

It turned out that he is a super octopus aficionado like me. I had met a kindred spirit. We talked about octopuses for a while, and then he started foraging around in his car and came up with what at first glance appeared to be a round piece of blue cellophane about four inches across with long green plastic streamers wrapped around it.

Before I could ask him what it was, he told me that he is a dentist. My husband's father and uncles were dentists. If that wasn't enough for the Twilight Zone theme song to start going through my head, the man started unwinding the streamers from around the blue cellophane. And what he was holding was a four-inch octopus kite!

As all octopus and spider loving mystics know, the odds of this sort of event happening are about eight-to-one!

My new friend, whose name I still did not know, flew the kite briefly as we continued to chat. We moved over between his truck and my car as three young women walked by. We smiled and waved and said hello all around.

And then my friend said, "I don't know if you've heard this, but there's a new virus going around and it infects absolutely everyone." Quite appalled, I said, "Really?" He said, yes, that it was called the "Covid Nice Virus" and that everyone was going to catch it and be nice to each other from now on.

Then he held up his elbow and we bumped elbows, and he said there was a name for doing just that: "Elbowa Virus."

He could see I was quite charmed and he wrote down the name of his dentistry website and his phone number and gave them to me. I told him I would call him when the virus was behind us and that he would be my dentist from then on. He said I would love his office, because it has purple chairs and purple paintings in it.

And then he stepped out behind his truck again and flew the octopus kite for a minute. He pulled it in and wrapped the streamers around the octopus at the center and said to me, "You like kites?" I said I did. And then he said, "I know you love octopuses. Here, I want you to take this." And he handed me the octopus kite.

And that entirely coincidental meeting, my friends, is the very definition of magic.