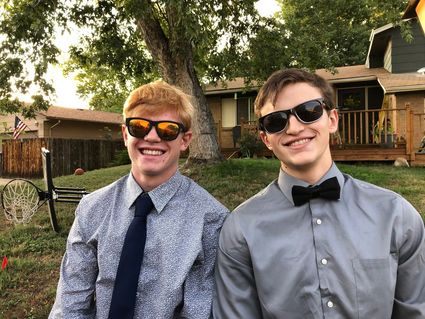 Two Niwot High School students made their voices heard in an international competition with their performance of "I Am The One (reprise)."

Soon-to-be NHS seniors Jazz Mueller and Grable Howie moved from the state level and beyond before the pandemic changed the way competitions were being held.

"It kind of ended up evening the playing field," Howie said. "For us, it didn't matter what was happening. We were going to take every opportunity we had. When we got invited to submit a video for it, we of course accepted.

"We had some success at the state level and we dove into [it] even further, did more character work and just small details for the international performance. I think we really progressed in terms of our understanding of the characters and the complexity of the song. I'm proud of the work we did."

The video they submitted to the invitation-only event was filmed in Erie with the help of NHS drama/theater director Katie Foulke and her husband Ben Foulke. Both Mueller and Howie said that Foulke and choir director Laura Walters have had a huge impact on their performances.

"A lot of the thanks goes to our wonderful director Mrs. Foulke. She helped us a lot through this process and I don't think we could have done it without her or Mrs. Walters," Mueller said. "In the past few years I think Niwot's theater program has been average. This is her first year here and I feel like she's come and raised it to a whole new level with the performances we did this year. She took us under her wings and saw the potential and wants to make sure we get to where we want to be. She's done an excellent job of helping us." 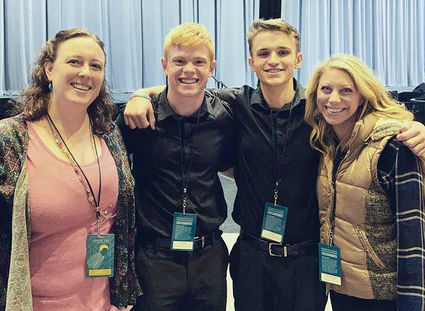 Their video was named runner-up for the International Thespian Award for their musical theater duet at the festival, and both said they're going to keep going through their senior year and beyond.

"We both plan to compete at least at the state level this year," Mueller said. "I think we're both going to do solo monologue, musical theater duets and solo theater. We both want to pursue some sort of performing after high school. I want to get more into the acting aspect."

Their performance was just one of eight performances out of thousands of submissions that were chosen to be viewed at the event.

"It all starts with picking the right songs," Howie said. "We went through a bunch of them, and with our director's help we ended up picking the 'I Am The One (reprise).' From there, it was just lots and lots of practice. We performed it hundreds of times."