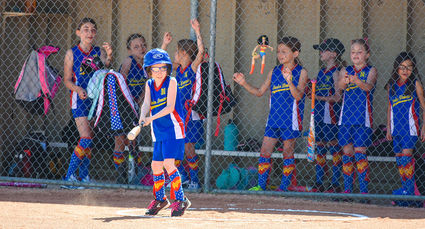 Youth recreational baseball and softball will resume in and around Niwot on June 15.

After months of waiting, Niwot will get another glimpse of normality with Niwot Youth Sports (NYS) participants returning to action. This summer will feature a resumption of the spring baseball and softball seasons, but not without an abundance of caution.

Competitive baseball practices are underway and recreational baseball teams will start practicing on June 15. A renewal of the spring soccer season was also in discussion according to NYS Executive Director Patrick Longseth, but ultimately cancelled due to social distancing concerns.

Longseth and NYS Director of Baseball Galen Scheidenhelm have curated a list of regulations for practices to ensure players and families can enjoy their season with limited stress.

"(There will be) social distancing where possible at the field," Scheidenhelm said. "Bleachers will be closed until further notice, and we'll ask spectators to bring their own chairs or line up in the outfield or down the sidelines while maintaining social distance. Practices will be spaced out with half an hour between any practice to make sure that kids from different teams (limit) mingling before or after practice. There are no high fives or team celebrations, group cheers, (or) huddling."

Other prohibitions include sharing of group gear, food/snacks, dugout use and facility bathroom use. Used baseballs must also be put into an empty second bucket and be left alone for 48 hours before the next practice. Scrimmages between two teams are also prohibited until NYS game regulations are formulated.

"We spend a lot of time working on guidelines to ensure that we're meeting or slightly above that of what the state or county are recommending," Longseth said.

On June 4, Colorado announced health and safety regulations to allow for team sports, and NYS families were given the option to vacate their season and receive a refund, or participate under the safer at home regulations. Scheidenhelm has since been in "scramble mode" to get the season underway and will gauge participation levels before moving forward. NYS has also been in communication with Boulder County Public Health and Longmont safety officers to create health and safety regulations for games.

Longseth has been encouraged with feedback coming from the Niwot community when they learned a season was imminent.

"People are just excited to play baseball," Longseth said. "We've had a lot of positive responses (including), 'Thank you for waiting it out,' and 'We're actually going to get to have a season.' People are excited to get their kids out and play some baseball and softball."

The response from players has been similar according to Longseth. Niwot's youth athletes can't wait to start a somewhat normal summer.

"Speaking from my own experience with a boy and a girl at home, they're ready," Longseth said. "They're excited to get out and see their friends in a safe atmosphere."