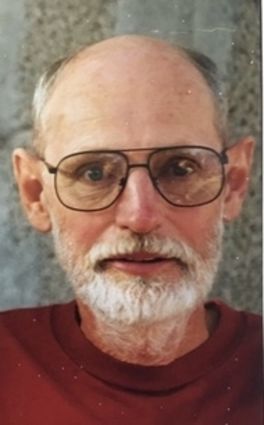 Al was born May 24, 1937 in Canby, Minn., to the late Herman and Esther (Olson) Gjovig. He attended Canby schools and was class valedictorian in 1955. His high school activities included lettering in varsity track for 3 years, and membership in the drama club, yearbook staff, and Future Teachers of America.

He served in the Navy and was honorably discharged in June of 1960; and later served with the Naval Reserve for many years. He received a MS in Electrical Engineering from Stanford University in 1975. Career highlights included working in Japan for Varian Associates of Mountain View, Calif., the linear accelerator at the Los Alamos National Laboratory in New Mexico, and teaching at UNM-LA.

He enjoyed traveling, studying languages, practicing his fluency in Japanese, and reading. He took multiple trips to Norway, including a visit to his namesake village with his sister Meredith and her husband Frank in 2004.

Al enjoyed 36 years of marriage to Katsuko "Junko" Gjovig, who predeceased him in February of 1996, and recently he celebrated his nineteenth anniversary with wife Carol Calahan.

His favorite athletic activities included cross-country skiing, running, and Korean karate. Although he was diagnosed with Parkinson's Syndrome about 20 years ago, Al was fortunate that it only started having a significant effect in the last 3 to 5 years of his life. Despite this, he still enjoyed taking walks and spending time outdoors.

Al was known and beloved for his sense of humor and wit, his Norwegian stubbornness, his appreciation of Japanese and New Mexican culture and cuisines, and his love of dogs and chickens. He will be missed by his family and friends. Al is survived by his wife Carol Calahan; his stepson Ken Calahan, wife Terri and their two children Michael and Mykalah; his stepdaughter Rebecca Calahan Klein, husband Jon and their two children Katherine and Lillian; daughter Mariko Gjovig, husband James and their daughter Sabrina; son Kenji Gjovig and his children Elijah, Kiana, Annika, and Solomon.

No memorial services have been scheduled due to Covid-19 concerns. Donations in Al's name may be made to the Michael J. Fox Foundation for Parkinson's Research.