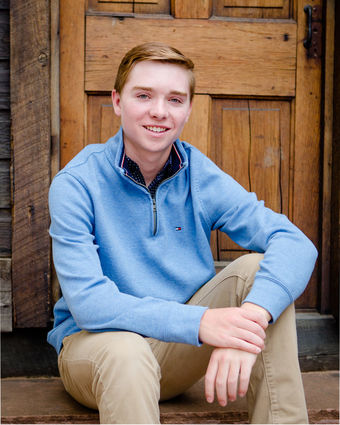 Senior Tim Stokes played infield for the Cougars and was a solid contributor at the plate.

The 2020 Niwot baseball team had just three seniors on the roster, but what they lacked in numbers, they more than made up for it in baseball and leadership talent, according to head coach Adam Strah. Unfortunately, the coronavirus pandemic put a premature end to a promising season behind the trio, and ended their chance to leave a winning mark on the Cougars program. Bidding farewell to the program in 2020 are Felipe Castro, Tim Stokes, and Ben Strid. We asked the departing seniors to reflect on their time at Niwot and share their future plans.

I plan on attending the University of Wisconsin after graduation. I'm not gonna be playing baseball.

I was excited to be a senior this year with nothing to lose. Over the past couple of years I tend to overthink or become stressed in games. This was going to be the year where I could have let that all go and play some ball.

I have memories on the field, but the bonds I have formed with teammates and coaches off the field are priceless. Through my three-and-a-half years of Niwot baseball I have made connections with people older than, younger than me, and people I normally would never have a chance to meet if it wasn't for baseball. I will say watching a freshman Will Smith on the mound be taken 450 [feet] over the left field scoreboard his freshmen year is always a favorite.

For incoming freshmen, never take anything for granted. Nothing is guaranteed in this world and I made the mistake of realizing that too late. You will have four years of high school and it's not gonna be perfect but make the most of it because you never know what you have until it's gone. If things get tough keep your head up. The years go by fast and you'll be graduating before you even know it.

"Felipe loves playing the game. He keeps it light and puts a smile on everyone's faces. He has intangibles that not every player brings to a line up, which is why he found himself in ours since his sophomore year."

I am going to Notre Dame to study business.

Playing baseball as a senior and one of the leaders of the team. I was also looking forward to spending time on the field with my friends playing the game we love most.

My trip to Arizona last year was one of the best times I have had with the team.

Baseball is a game of failure so don't be afraid to fail. Give every play your best effort.

"TIm listens more than he speaks. He leads by example. He is so humble that I am confident he is not fully aware of how good of a baseball player he is."

My plans post high school are to attend school at Mesabi Range College In Minnesota as a student-athlete playing baseball. I will be majoring in health and physical education in the coming future.

This season the team had a different feel in a really good way. Everyone was flying around the field during practice and playing the game the right way. We had just a different attitude and hunger this year. I was really excited to play the game I love with my boys, and enjoy one last year of high school baseball. 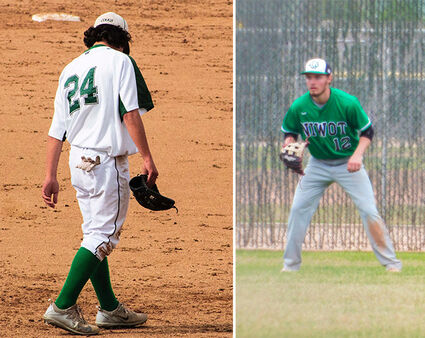 Left: Third-year varsity senior Felipe Castro spent most of his time with the Cougars manning third base. Right: Senior Ben Strid played outfield and pitched for Niwot during his junior season.

My favorite memory with Niwot was the Arizona trip. It was so fun just to have more time with my teammates, and play some good competition out in Arizona. One of my best memories playing for Niwot was when we all gathered in coach Strah's room for some team building and we played a game, I forget the name, but it just brought everyone together. We were all actually laughing so loud someone called and complained. Everyone always jelled better after Arizona.

For incoming freshmen I would say enjoy it. Enjoy the successes but also learn to find joy in failure. Failure is just an opportunity to succeed. It sounds cheesy but I found that to be true. You never know when it could be your last game on a baseball field, so work hard and play every game like it's your last.

"Ben is a hard worker. He never wants to let himself or his teammates down. It pains me that we missed out on experiencing his senior leadership this spring."