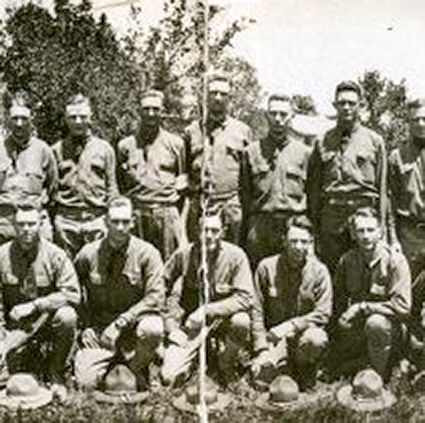 Soldiers in training at Ft. Riley, KS in June 1917. Among them was Dick Smith, a 1912 Longmont High graduate who survived WWI, but later contracted Spanish Flu and died in 1919. Ft. Riley is thought to be the epicenter of the deadly 1918 Spanish Flu pandemic that killed 20 to 50 million people worldwide.

In September 1918, a group of soldiers came from Montana to the University of Colorado, in Boulder. Within a week, nearly 100 soldiers fell ill with the Spanish Flu and were quarantined.

At the time, Boulder was a city of about 10,000 residents, and health resources were limited--fraternity houses became hospitals and convalescent wards, but most people were cared for by their families in their...