A bear 'hunt' engages kids and connects the community 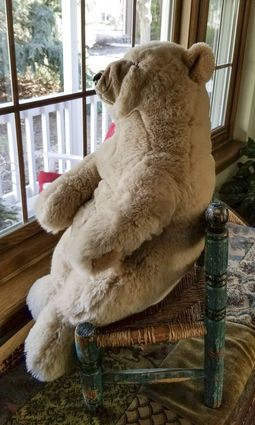 Children's classic "We're Going on a Bear Hunt" inspired a new game for kids who are confined to their own neighborhoods for the next few weeks.

An unusual number of bears are showing up in local neighborhoods this spring. Desperate measures are being taken as families enlist their children to hunt a variety of species such as Teddy, Panda and Pooh.

The fuzzy ursine have emerged from numerous human dens, pressing their plastic noses against windows, signaling the start of "hunting" season.

It began after a social media post on Nextdoo...