Student-Athlete of the Week: Cooper Sheldon

Series: Student-Athlete of the Week | Story 25 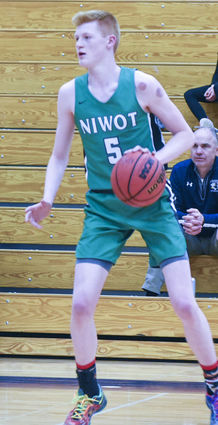 Niwot senior Cooper Sheldon's name is often confused with that of nerdy Big Bang Theory character Sheldon Cooper, but their basketball styles are nothing alike.

A lot of students play basketball in high school, but few inhabit the sport the way Niwot's Cooper Sheldon does. The six-foot, four-inch senior became a serious student of the game after taking it up in middle school, and even now dedicates at least part of every day to training or studying film. It's evident on the court, where the veteran point guard commands the Cougars' offense, and often g...